A hectic week for me personally, plus top Turner Report/Inside Joplin links for the week 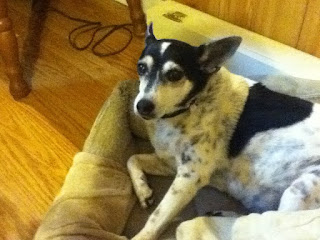 This has been a hectic week personally, as well as for the Turner Report.

There have been times when I have wondered if I have gone a little too much into writing about things that have happened to me, but at the same time I consider it important that people know who they are getting their news from.

So over the past few years I have written about both the good things and bad things that have happened to me, as well as doing my best to cover area news and offer an alternative to the traditional media outlets in the area.

When I have made mistakes, I never tried to hide them from you, including a warts-and-all detailing of my problems with the Joplin R-8 School District. I provided the information and allowed you to decide whether those problems were coloring my coverage.

It forced me to double and triple check everything I wrote to ensure its accuracy and on those times when I did get something wrong I immediately corrected my mistakes and admitted my errors.

By the time C. J. Huff announced his "retirement," there were not many people in Joplin who still questioned my coverage.

As i have added a few thousand new readers, some were not here for that early R-8 coverage and if they are upset with something I have written they have threatened to reveal what happened to me in the Joplin Schools.

I burst their bubbles by pointing out to them that if people want to know what happened to me, I printed it all on the Turner Report, included it as part of my book Silver Lining in a Funnel Cloud and provided a couple of thousand free copies of the transcript of my hearing to anyone who wanted them.

That document included everything C. J. Huff and company could throw at me. If there was anything else, considering what my investigative reporting revealed about them over the next couple of years, if anyone could have found out anything else about me they would have hit me with it to put an end to to what I was writing.

Since those times, while I still have written about personal events, including my book signings, my latest projects and the infamous assault at my apartment last September, I still prefer those to be occasional variations from the usual post and not regular fare.

These last several days have seen a few more personal stories than I prefer. I wrote about my car accident and I have mentioned the attack at my apartment during the stories on Chris Alred. I was gratified by the overwhelmingly positive reaction to my post on the death of Mom and Dad's dog Zoey, which is one of the top 10 posts this week.

It was good to know there are a lot of dog lovers among you.

A big thank you

Thanks again to those who have subscribed, renewed their subscriptions or made contributions to the Turner Report/Inside Joplin.

For those who want to make a contribution or subscribe, you can use the Pay Pal buttons below the links or you can send your contribution of any amount big or small to Randy Turner, 2306 E. 8th, Apt. G, Joplin, MO 64801.

This week's Top 10 lists and links to the posts are printed below:

1, Joplin day care owner charged with nine counts of endangering the welfare of a child, one count of failing to report child abuse

3. Bond set at $1 million for Jalen Vaden, trial may be soon as June or July

6. Joplin Toys R Us, Babies R. Us expected to close

7. Reader says I deserved to have my car hit by uninsured driver because I supported Obamacare

8. Zoey, faithful friend of Bill and Joann Turner, dead at 17

5. Joplin Police arrest at least nine for DWI during crackdown