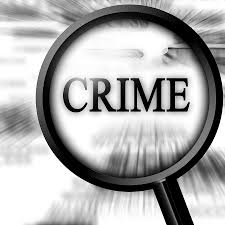 Former Joplin day care operator Betsy Coleman, who was charged Tuesday with nine counts of endangering the welfare of a child and one count of being a mandated reporter who did not report child abuse, will no longer be allowed unsupervised contact with any child under age 18.


Judge Joseph Hensley set bond for Coleman at $20,000 cash or surety and $5,000 cash only. As conditions of the bond, she not only has to stay away from children, but she is to "have no contacdt with KGH, direct or indirect through any medium."

Though Coleman has been charged, court records do not indicate she has been arrested.

"KGH" would appear to be Kent G. Hagan, currently in a federal prison awaiting trial on child pornography charges.

Hagan was arrested after a Joplin Police Department investigation that started with Coleman telling a woman that Hagan had "creepy photos" showing the bottoms of two children at the unlicensed day care center, as well as numerous child pornography photos.

She also revealed that she kicked Hagan out of the home/day care center, but then she allowed him to return.

Joplin day care center owner charged with nine counts of endangering the welfare of a child, one count of failing to report child abuse

What day are did she own...the public has a right to know

I have added the address to the story. It was also included in the post earlier this week on the charges being filed against Coleman.