One of the most difficult things a reporter has to do is to report on the death of someone who dies at a young age.

When I was promoted from general assignment reporter to managing editor of the Carthage Press in December 1993, the first major test came almost immediately with the brutal murder of eight-year-old Douglas Ryan Ringler, a second grader at Hawthorne Elementary.

It never gets any easier, whether it is murder of a child like Doug Ringler, Jonathon Munoz-Bilbrey or Jayda Kyle, a death in a car accident or from an illness, a suicide, or as a result of the violence of nature, as occurred with the death of newly-graduated Joplin High School senior Will Norton during the May 22, 2011 Joplin Tornado.

The most visited post on that blog was about the death of another young person, a seven-year-old who was killed in an auto accident.

It never gets any easier to write about. It is hard to put into words the passage of someone who had so much life let to live or to even fathom the heartbreak suffered by those who are grieving the loss.

***
I encourage you to check out the links below and see how much information is available here that you are not going to find anywhere else. 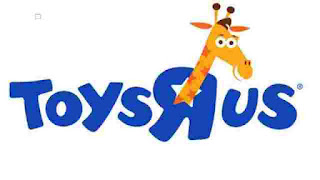 The top post for the week on the Turner Report and almost cracking the all-time top 10 was the report that Toys R Us owners are planning and filing for Chapter 7 bankruptcy and liquidating all of its stores in the United States, possibly as soon as next week.

Thanks, readers, for recognizing the work that has been put into this alternative news source for the Joplin area and spreading the word. On three different days this week, the Turner Report and Inside Joplin combined for more than 50,000 unique visitors.

Thanks again to those of you who have subscribed or contributed to this news operation. If you have not and would like to, you can do so at the PayPal buttons below or by sending your subscription or contribution of any amount, small or large to Randy Turner, 2306 E. 8th, Apt. G, Joplin MO 64801.

Your support is much appreciated.

5. So this guy crashes into my car at 7th and St. Louis and naturally, it seems he has no insurance

6. Recordings of interviews with Jalen Vaden, Devyn Kyle among items turned over to defense during discovery process

7. Despite social media claims, Judd McPherson was not at daughter's home the night Jayda Kyle was abused

2. Counselors to be available to help students deal with death of Carl Junction sixth grader