Blunt appointee filed for bankruptcy in 2003 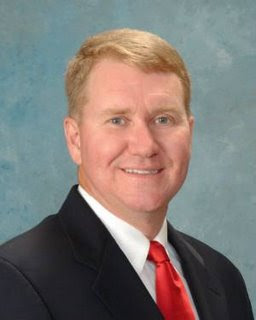 According to U. S. Bankruptcy Court documents, Helms, former owner of Mello's Tree Service and Complete Mobile Home, filed for Chapter 7 bankruptcy Feb. 7, 2003. He reported $767,079.32 in debt, including more than $113,000 in credit card debt from 10 providers. The creditors listed in the bankruptcy document include: Dade County, Webster County, Greene County, Polk County, the city of Greenfield, and Empire District Electric Company.
The list of creditors included financial institutions holding mortgages and second mortgages on Helms' rental property, as well as providing him loans for various pieces of equipment for his tree-trimming service.

During his state representative campaign, this statement was on Helms' website:

"Steve Helms will strive to keep government fiscally accountable. Taxes should be as low as possible. Steve believes that you can spend your money better than the government."

A - praising Blunt for the American virtue of believing in second chances...

B - Praising Blunt for picking someone who knows from firsthand experience the trauma of being in civil court...

C - praising Blunt for following the Bill Gates philosophy: " Microsoft Corp. founder Bill Gates said he sometimes worries that his company has had too much of a run of success, and when hiring people he appreciates someone who has run a business that has failed.

Gates said that when there is a crisis, that is when leadership emerges -- a talent that is not always visible in a successful company. "

D - trying to slime Steve Helms and, by implication, Blunt.

Before Matt quits us, he shafts us.

I still can't get over the guy borrowing $60,000 from his dad and then avoiding paying it back by declaring bankruptcy. That's a lot of money. And who runs a business on credit cards?

There should have been a special election. I understand there was a more qualified person who actually worked in a circuit clerk's office.

Too bad the Greene County Central Republican Committee didn't have the courage of the Newton County Republican Central Committee.

Another Blunt loser. He will be remembered as the worst Governor the State of Missouri ever had.