From Scars from the Tornado: The Last Get Together 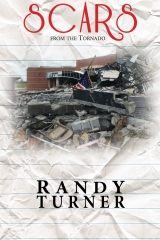 (The following story, "The Last Get-Together," is taken from the new book, Scars from the Tornado: One Year at Joplin East Middle School.)

The tornado had robbed East Middle School of many of its rich traditions, annual events we had eagerly anticipated not only during the two years the building had been in existence, but also during the time many of the faculty members had taught at the old South Middle School.

Gone was the last day talent show and awards assembly, a three-hour program in which a number of students sang Karaoke style, with varying degrees of skill, their favorite songs from Taylor Swift or whoever the popular singer was that year. I had always presented awards to the top students in my communication arts, my top writers, and to members of the two clubs I sponsor, Quiz Bowl and Journalism Club.

The eighth grade choir members always sang one of those graduation-type songs, which typically ended with the girls wiping tears from their eyes and the boys pretending that it is too hot in the auditorium and that is why they were sweating.

The song usually ended with a call to bring choir director Julie Yonkers to the stage where the eighth grade girls presented her with a bouquet of flowers leading to hugs and another steady stream of tears.

Teachers have different ways of saying goodbye to their students. I always handed out thank-you cards with handwritten messages, trying to tailor each message to what that student had meant to the class and wishing him or her a good summer and success in high school and beyond.

The envelope always contained a nickel, as a remembrance of the Cup O’Nickels, an old Associated Press mug I had from my days as a newspaper reporter. A few years ago, I filled it up with nickels and began giving them away as joke prizes in various classroom competitions. It was an instant hit and I have never stopped doing it.

I had not even begun writing the thank-you cards when the tornado hit.

I never had a chance to deliver the corny, but heartfelt sentiment I expressed to them on the last full day of class each year. I always told my students that I would be available for them if they ever needed help with any writing assignments or with any other problems they might encounter.

And then I always let them know the most important part of my message. “You may not be in my class any more after today, but you will always be my students.”

I never had a chance to tell them this. For the first time in my 12 years as a classroom teacher, I would not be able to tell my students what they meant to me.

I had run into several of them at the grocery store or the mall or the public library in the days following the tornado, but the talk never turned to that kind of thing.

Conversation always started and ended with the tornado. “Did your house get hit?” If it did, that question was invariably followed by “Where are you staying now?” and one tornado story after another was shared.

There was no time to talk about anything as mundane as an English class.

About two weeks after the tornado, we received word from Principal Bud Sexson that the students would have a chance to collect their belongings, receive grade cards, and have their yearbooks signed during two get-togethers at Joplin bowling alleys.

The seventh and eighth graders would meet at the Fourth Street Bowl, while the sixth graders would have their final time as a class at the bowling alley on East Range Line.

I pulled into the bowling alley with a sense of anticipation, but also of dread. It would be great to see the children who had brightened my life for the past nine months, but I knew many of them had undoubtedly been traumatized by the events of May 22. Many of them had wondered if they would ever see those friends again. In the days immediately following the tornado, many were not sure if their friends had survived.

So the first order of business, even before they picked up their belongings, which had been removed from lockers and placed in black trash bags, was hugs and the inevitable tornado story.
Some of the students told harrowing tales of survival, while others almost apologized as they revealed that they were not in the tornado's path.
One student, seventh grader Zach Williams, did not survive the storm. Somehow, thank God, the rest of them had made it through.
After the hugging, the next stop was the table where eighth grade reading teacher Andrea Thomas and seventh grade math teacher Areke Worku were distributing yearbooks.
The books did not contain the event that had come to symbolize the school year, but they were a much-needed chronicle of better days.
One student returned a book she had borrowed from me during our third quarter research project, a biography of Martin Luther King.
I put the book and other things I had been carrying on the table and snapped some photos of students bowling, playing games, or just sitting at tables talking, a simple activity they had always taken for granted, but one that meant so much to them now.
The two hours passed quickly and soon the goodbyes started. Though it seemed like I had seen nearly all of my students, that was nowhere close to the truth. A quick glance at the side room showed stacks and stacks of trash bags, the belongings of students who were not able to make it, teenagers who had literally scattered to the winds, books, clothes, pencils, photos, mementoes that would most likely never be reclaimed.
I helped carry the trash bags to a couple of trucks to take back to North Middle School, the center of operations for East until we moved into our new building in August.
The event may have served to bring some sort of closure to students, but it had the opposite effect on me. It was great to see the students who had been able to make it, but the overall atmosphere was depressing.
When I reached my apartment, I put the Martin Luther King biography on a table and for the next few weeks, it sat there. Forty days after that last goodbye, I picked up the book to put with the rest of my collection that I had salvaged from my classroom.
As I lifted it, I saw what I thought was a bookmark, but upon closer examination, I realized it was an envelope. I opened the letter and started reading.
One of my eighth graders had written a goodbye message, one which mentioned many things that happened in the class and even made mention of my status as one of those privileged few who only has a birthday once every four years.
It ended this way:
I hope you keep teaching until you're 25 (or 100, since you are really only 13 ¾). I'm so glad I got to have a teacher like you! I hope you have had as good of a year as I have. I will come back and visit someday to check in on my favorite writing teacher.

It was just one letter, but at that moment, it was the one letter I needed, closure on the school year that never ended.
(Scars from the Tornado is available in paperback or e-book from Amazon.com at the link on the top right hand side of this page. The paperback version is available locally at Always Buying Books and Changing Hands Book Shoppe in Joplin, Pat's Books in Carthage,  Ozarks Hearth and Home, Candles, Flowers, and Gifts, Carl Junction;  Hastings in Pittsburg, the Lamar Democrat in Lamar, and Already Read Book Store in Granby.
Posted by Randy at 9:02 PM

I can't wait to buy the book. Thanks, Randy.