One-day hearing set in August for killer of Carthage couple 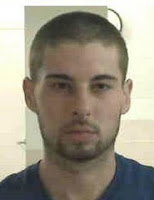 Winans is attempting to have his sentence overturned even though he was the one who pleaded guilty to the brutal October 2008 murders of Bob and Ellen Sheldon, owners of the Old Cabin Shop in Carthage.
Winans, 24, pleaded guilty Feb. 28, 2011, to the crimes in a plea deal that kept him from facing the death penalty. His co-defendant, Matthew Laurin, Springfield, pleaded guilty earlier and then committed suicide in the Jasper County Jail.Winans also received 20-year sentences on two armed criminal action charges and 15 year for burglary, with those sentences to run consecutively with the life sentences for killing the Sheldons.

The taxpayers are footing the bill for Winans' appeal.