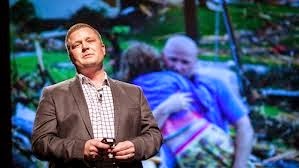 The names of the defendants have been changed in the wrongful dismissal lawsuit filed by former Royal Heights Principal Larry Masters, but the defense strategy has not.

Joplin attorney Karl Blanchard, representing Joplin R-8 Superintendent C. J. Huff and former assistant superintendents Angie Besendorfer and Steve Doerr, insists in documents filed in Jasper County Circuit Court, that his clients do not have to say a word about anything that was said during a closed session of the Board of Education.

Masters was rehired as Royal Heights principal for the 2010-2011 school year, but following a closed session of the board that offer was rescinded. Masters says that lies were told about him that caused him to lose his job.

Blanchard says it doesn't matter. In an objection to interrogatories posed by Masters' lawyer, Raymond Lampert of Springfield, Blanchard says the questions "seek information relating to a closed meeting, which means any discussions were confidential."

The same argument, word for word, was used in the objections for Huff, Besendorfer, and Doerr.

In other developments, Blanchard has asked the judge to set a trial date. Lampert objected, indicating it is hard to be ready for trial when the defendants are refusing to answer pertinent questions.

"The defendants have not yet answered discovery and their responses may bring to light information that may lead to the amending of pleadings."
Posted by Randy at 7:02 PM