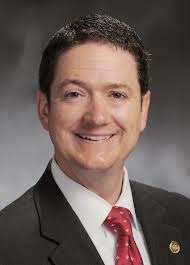 (From Speaker of the House Tim Jones, R-Eureka)

Missouri House Speaker Tim Jones and Senate President Pro Tem Tom Dempsey will hold a ceremonial bill signing for one of the strongest pieces of pro-life legislation in the nation. The ceremony will take place Wednesday, Oct. 1 at 3 p.m. at the Freedom Center of Missouri in Washington, Mo.

Jones and the members of the Missouri General Assembly came together in overwhelming bipartisan fashion during the annual Veto Session to override the governor’s veto of the pro-life bill (HBs 1307 & 1313). When the bill takes effect as law on Friday, Oct. 10, Missouri will join South Dakota and Utah as the only states in the nation to require a 72-hour reflection period before obtaining an abortion. Current law in Missouri requires a 24-hour wait.

“With this monumental piece of legislation Missouri now becomes one of the safest states in the nation for the unborn. The members of the Missouri General Assembly believe in doing all we can to protect the lives of the innocent and I was so proud of my colleagues for coming together in a bipartisan supermajority to override the governor’s unconscionable veto,” said Jones, R-Eureka. “This is a great day in Missouri for all of us who have worked so hard to implement this common sense reform that will save lives.”

Yes because of all the things needed in our state it's more abortion restrictions and teachers with guns. Give me a break. It would be nice to see the republican majority actually focus on jobs and passing medicare expansion for the thousands who need it, instead of wasting time with this crap.

It is never a waste of time or crap to save children's lives.

It would be nice for Democrats to stop targeting pre-born children for destruction and cooperate with Republicans on job creation and Medicaid (not Medicare) reform.