Cleaver: We must get Washington back to work 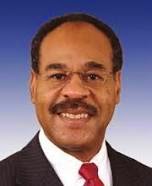 Last week, I signed onto a very important piece of legislation. H.R. 2821, the American Jobs Act, introduced by my colleague, Rep. Frederica Wilson, would do so much to strengthen and grow our economy and put Americans back to work.
The American Jobs Act would strengthen our economy by cutting taxes for working Americans, restoring emergency unemployment insurance, investing in infrastructure, and helping to put unemployed Americans back to work.

It would put money in the pockets of tens of millions of low and middle income Americans by reinstituting the Making Work Pay Credit, providing a tax credit equal to 6.2% of earnings, up to a maximum credit of $400 individuals and $800 for couples.

The American Jobs Act would make innovative and necessary improvements to the Unemployment Insurance program. It would create reforms to help the unemployed return to work, including the “Bridge to Work” program which allows people who are receiving Emergency Unemployment Insurance to take temporary work or pursue on-the-job training.

The bill would facilitate rebuilding our nation’s crumbling infrastructure through grants for airport projects, air traffic control systems, highway and bridge rehabilitation, high-speed rail projects, Amtrak, and various other transit projects, all of which are proven job creating policies.

While I am in Washington this week working on a number of projects, Congress is not in session. We have begun our district work period. While I truly love and appreciate hearing from and talking with my constituents, I believe we have more work to do. We need to stop kicking the can down the road and tackle the real issues.

We need to start creating jobs through the Make It In America plan, advancing workplace equality through support for the Paycheck Fairness Act, and making high-quality education more affordable and accessible. We need to bring legislation to the Floor to rebuild our roads, bridges, and critical infrastructure; to make higher education more affordable and expand early childhood education; and to address other critical issues that the majority of Americans support and that will expand opportunity for the middle class, including passing comprehensive immigration reform, and most importantly, to raise the minimum wage to $10.10 an hour, providing 25 million Americans with a raise.

Let me share with you some facts and figures about the minimum wage. First, the minimum wage is not what it used to be. Today, the real value of the minimum wage has fallen by nearly one-third since its peak in 1968. And right now, a full-time minimum wage worker makes $14,500 a year, which leaves too many families struggling to make ends meet.

Think the minimum wage is just for students and young workers? Think again. Raising the federal minimum wage would not only benefit more than 28 million workers across the country, but 19 million workers from all types of households would see a direct increase in their wages. 599,600 workers in Missouri would benefit. Working families depend on the minimum wage to get by. Why are we leaving them behind?
We can and we must do better.
Posted by Randy at 8:54 PM