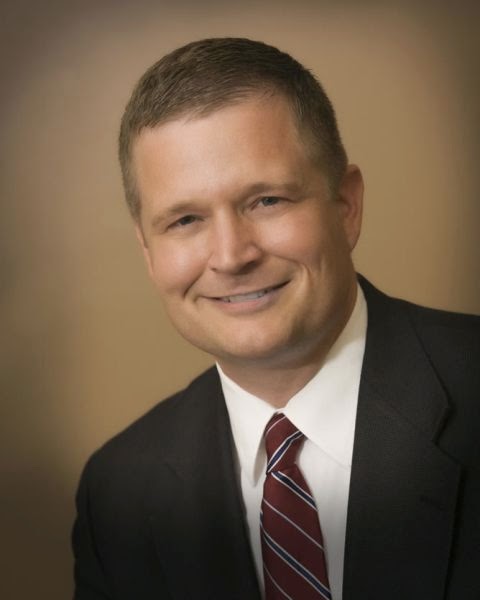 During a recent meeting with teachers, C. J. Huff confirmed what everyone had always assumed to be the truth- the six-and-a-half-mile ribbon was his idea.

The ribbon will be a centerpiece of the grand celebration planned Friday, October 3, when Secretary of Education Arne Duncan will be in Joplin for ceremonies commemorating the opening of the new Joplin High School/Franklin Technical Center.

In an effort to gain entrance into the Guinness Book of World Records, the six-and-a-half-mile ribbon will be wrapped around the entire high school complex.

What was uncertain until Huff admitted it to the teachers during  a meeting the week before school opened (at every building except the high school) was who originated the idea.

The ribbon idea has been ridiculed by many since it was first revealed in the June 6 Turner Report. Huff has maintained his distance from it in comments made to the media and in a recent "Real or Rumor" blog that he wrote.

In a media interview, R-8 Board of Education President Annie Sharp said the ribbon was a Bright Futures idea.

"We'll have a big kickoff. If people want to be a part of history, we're selling a ribbon we are going to wrap around the whole, entire high school. You can purchase an inch, a foot, whatever and have a part of history.

"We're trying to make the Guinness Book of World Records. It's an activity Bright Futures is doing."
That was quickly denied

Immediately after the idea of the ribbon, which will cost $11,500, was revealed, some said it was the brainchild of Link Crew, a high school organization. That, too, was denied, and later it was said that the idea came from some members of Link Crew, with the indication that they came up with the idea on their own.

The $11,500 was also the source of conflicting messages from the Huff Administration. Depending on when statements were being made, it had been paid for by sponsors or sponsors were being sought to pay for it.

In a comment to the Turner Report, which was later turned into a separate post, someone claiming to be a high school student wrote the following:

Furthermore, to the fine people who have commented, many of you simply have not taken the time to inform yourselves of the situation that has perplexed the high school. The purchase of the ribbon was extremely well researched and done in a way that saved a considerable amount. It was done not just for the school, but for the fine city that helped us take flight once again.
During an interview with KZRG on August 13, Huff failed to take credit for the ribbon idea, making it sound, in carefully parsed words, that he was following the lead of high school students. He said he had been working with a student group, though he never specified which group.

From the August 13 Turner Report coverage of the KZRG interview:

Huff said the ribbon-cutting ceremony is a special event. "Everybody wants to be a part of it." He added that "we have some sponsors for it."

The $11,000 cost is not out of line for the ribbon, Huff said. "We will have well over 10,000 people at that event. We have to have some kind of memento." He said the cost was about $1 a person, though he never explained what that had to do with anything.

On Facebook posts, Huff has been criticized for collecting donations for a ribbon when the district has other, more compelling needs. "We can't tell people who want to spend money on the ribbon that we're going to take their money and use it on something else,"

This should really not even be a controversy, Huff indicated.

"There are some elements of this community who want to see us fail. If I fail, our kids fail. The kids are defending our position."

Huff stressed that no district funds will be spent for the ribbon.

"That would be dumb."

The KZRG interview took place three days after Huff ran the "Real or Rumor" blog in which he purported to give the facts about the ribbon, yet again carefully failed to mention that the idea was his:

Here are the facts: Why the ribbon? We want to celebrate! The opening of this school is a once-in-a-lifetime moment for ourstudents, staff, parents, and community. It symbolizes the end of a long, difficult journey and the beginning of a new era for Joplin Schools. It is a big deal to many, many people who have made sacrifices for the last three years to get to this point - students, staff members, parents, and others. It took thousands of volunteersfrom across the world and the support of our entire community to make this school happen. We wanted to create an event that would allow our entire community to participate if they choose.
You are invited to join us on October 3 to be a part of this moment in Joplin's history. We hope you'll come and celebrate recovery, resilience, and the future of Joplin Schools.

Ironically, during his tour of all of the district's schools during the week before school started at every building except the high school, Huff took the credit for the ribbon idea at some schools, but continued to leave the impression that students came up with the idea. This was the same tour in which the superintendent spent most of his time asking teachers to help him fight the "lies" that were being spread about him by the Turner Report.
Posted by Randy at 9:38 AM

Maybe instead of taking donations and spending the money on a ribbon they should see if that money could be used to fix the eyesore that somebody allowed to happen in not one but THREE gymnasiums at the high school and that would be the most hideous bleachers ever to be installed! Someone should be fired for that to even be allowed to happen, did their not seem to be a problem when the first section was being installed?

He thinks the kids support this..sure if you ask a 1st grader, ribbons wrapped around a huge school, neat! But is that the support that should matter. I know you read this blog Huff, haven't you heard anything in past several months the Joplin public has to say about you and the board. Election should have told you something, however I guess according to Landis, elections don't matter. You'll will see a change in the board again in April 2015. And if you fail our kids fail...Your right there, you have failed in the last year, and I
am currently sending my 3rd grader to one of the 3 failing schools, (elementary) So like any good CEO that is seeing so much descent among the employees, public and parents, wouldn't the best thing for you to do is to resign. Nothing is uniform in the district, different behavior programs in the elementary's, one school may have at least one behavior assembly a month, and invite parents, then another has none. Some may let the kids dress up for Halloween others don't. Some have the common core, others haven't got there yet. All schools should have the same behavior incentives, same rules for holidays, same calculating of grades. Its all a mess. As a parent, I have never seen teachers leave the district in the numbers they have, and for goodness sake, stop blaming the tornado on that, its old and not the truth with most of them. I would like to ask you to resign. I think your effectiveness has been compromised here and plead with you to start sending out your application. And for goodness sake, its not because you fired Randy, although that was a mistake.

The ribbon cutting will be a wonderful spotlight for the stude... I mean Dr. Huff. He will get to hang out with some of the most powerful politicians in the country, he will have national media attention, he will get his ribbon in the Guinness Book of World Records (for the kids of course), he can tell everyone how the long, hard journey has finally ended. Mission Accomplished! Of course once his 15 minutes of fame have passed, he will be faced with a school district that has driven out over 300 teachers in the last 3 years, has seen test scores drop year after year, has been mismanaged into a financial mess, and one that is currently facing an audit that is unlikely to be favorable to him. I wouldn't be surprised to see him leave after this year as his little victory parade will be over and done. Get out while the gettin' is good.

The bleachers would look great at NEO!!

I hope that ribbon stains the building JHS red instead of that elementary color. Maybe we can take in the miles and miles that will be left over after the sale is over and rub it on the gym so our school will look like it belongs to our town.

Isn't the current record holding ribbon one that symbolized the rebuilding of the Jersey Shore? Leave it to CJ Huff to attempt to steal that thunder. "Our natural disaster is bigger than yours."

I'm sure Joe Biden will attempt to be diplomatic, but he may say what he thinks.

Somehow I don't think he will be all tingly about the Guinness Book of World Records 6 1/2 mile ribbon.

Perhaps he will be inspired to come up with something more eloquent?

'The academic facilities won't be done until next year but the athletic facilities were all done on schedule; the furniture is imported from Germany and you need a hurry-up on the federal aid to keep the district budget afloat? Now you are telling us we're here to cut a six mile ribbon to get in the Guinness book? Are you sh*tting me?"

concerned parents said...
This comment has been removed by the author.
6:57 AM

Mr weaver and Mr sexton don't care about how parents feel it's how ever they want to run the school !!

Piles of that ribbon laid in the parking lot UNSOLD after ceremony Sponsors names read fast. Waste of money for sure. Imagine your donation buying books for school with your name plate on them. Year after year. Forgot our kids don't use books anymore I hear