Cynthia Davis: If Sinquefield wants Amendment 3, let him try it in his district first 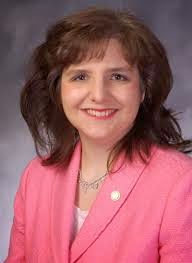 I can remember many times through the course of eight years when we debated bills and I stood at my microphone asking the members if we are a state legislature or a school board.  It always puzzled me when we would pass laws pertaining to how to run a school district.  Perhaps I am sensitized to this from having served nearly nine years in municipal government.  I vividly remember how offended we were over the threat of the state or national government putting mandates on our city.In the case of Amendment 3, which you will see on the ballot in November, this amendment was not put on the ballot by our state legislators.  It was put on by a petition initiative.  If the school districts aren't willing or competent enough to know how to manage their employees, why are we giving them more of the taxpayers' money?  Nevertheless, many school districts are below par and the state keeps giving them the same amount of funding, and in many cases, more funding each year.
The state wouldn't need to dictate how to run a district if we were not giving them so much money, but our Constitution says we are obliged to give the schools at least 25% of our budget.  It's like a banker who issued a business loan dictating to the business owner how to run his operation.Amendment # 3 says this:

Shall the Missouri Constitution be amended to:
We do not criticize the idea of teacher scrutiny.  To the contrary, we believe it is important for our school districts to hire the very best teachers possible and demand the best performance possible.  However, who is in a better position to determine the teacher standards than the local school board?  We don't question the reforms, but we should question placing these reforms into our Missouri Constitution.  Rules on how we run school districts do not belong in the Constitution.  The reason it is on the ballot is because it has to be voted on to pass into our Constitution, but the proponents have not answered these two questions:1.)  Why can't each local school board pass its own laws on how they want to run the district?2.)  If you really believe this new law is necessary, you probably believe centralized control will solve our problems.  I applaud the gentleman who came up with this idea, but he should have tried to pass it in his own school district first before trying to approach the entire state.  There are no legal obstacles preventing any district from passing these reforms at the school board level right now.  There is an effort to defeat "Common Core" for the same reasons.  Shouldn't we be more cautious about sending even more local control to the state?
Posted by Randy at 11:34 AM

Instead of applauding the gentleman, I think we should slap him.
This is NOT a good idea. If you think common core is bad, requires more tests and takes away local control, then go along with this garbage and see how bad it gets.