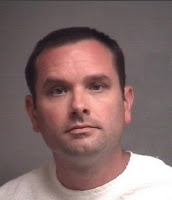 Jeffrey Bruner's appeal was filed today, The appeal comes five weeks after the Southern District Court of Appeals, by a 6-1 vote, rejected Bruner's request to have his first degree murder conviction tossed.

In that appeal, Bruner's attorney argued that Jasper County Circuit Court Judge Gayle Crane erred when she refused to allow him to submit an instruction that would have allowed the jury to consider self defense.


Bruner shot Derek Moore to death November 1, 2013, in the parking lot in front of the Northstar 14 theater.

Information about the shooting and what took place before and after it occurred can be found at this link.
Posted by Randy at 4:40 PM