Scars from the Tornado e-book on sale for two days for $1.99 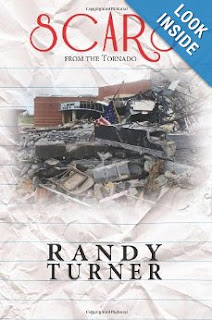 Scars from the Tornado: One Year at Joplin East Middle School, a book that tells teachers' and students' stories about the May 22, 2011, tornado and their first year having school in a warehouse on the outskirts of the district is on sale until 10 a.m. Wednesday.

From the book's reviews:

The book is a record of the history of the F-5 tornado that wrecked havoc and destruction on our community. The book contains many essays and poems by our young people. It reflects the horror of the tornado and the devastation hailed upon lives and property. But more importantly the feelings and emotions expressed through the children and their teacher reflects the same feelings and emotions the entire community felt. They expressed the initial shock of the loss, the healing, and the moving forward with the hope. I call it the hurt, the horror, and the hope. After the initial hurt and horror we have moved forward with hope. So thankful that our children have taken the time to remind us that we have survived and have much to be thankful for.
I love the stories in the book and still pray for the families that have lost so much!

Randy Turner has a unique look of the year following the devastating tornado that killed 160 people in May of 2011. He saw it along with his students. Living in this area we can't afford the physical damage that it caused, but this goes much deeper. He does that there is a human element that cannot be shown in the photos that are taken

I really enjoyed Mr. Turner's newest book sharing stories from the students at East Middle school. My daughter was also one of Mr Turner's students and we lost our home in the tornado as well. All of us share similar stories, but here he has brought those stories together and shown the true spirit of our hometown: