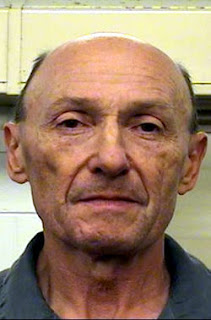 In a ruling earlier this year, U. S. District Court Judge Laura Fashing, called Dr. Guy Rosenschein, 63, a danger to society, noted that he had several homes, planes, and access to a large fortune.

Even more chilling for those who have been treated by Rosenschein in the past was this passage from the judge's opinion:

Although Dr. Rosenschein does not have any prior criminal convictions, his personal history suggests that he is a danger to children, and that he is willing to use his position as a pediatric surgeon to gain access to minors for the purpose of engaging in inappropriate behavior.

Documents filed in U. S. District Court for New Mexico indicate searches of devices found in Rosenscheim's home turned up close-up photos of youthful male genitalia that had apparently been taken "in a medical setting."

Law enforcement officers also found an undressed teenage boy in Rosenschein's bed. At first, Rosenschein claimed the boy was his nephew, but it later turned out the youth was a patient of his.

Rosenschein was initially arrested by the Bernalillo County Sheriff's Office in November, then later indicted by a federal grand jury. on three counts of possession and distribution of child pornography.

Rosenschein noted that he had lived in Albuquerque since 2013, was a full-time pediatric surgeon and had donated air transportation to cancer patients for medical treatment. He also noted that after his initial arrest in Bernalillo County, he was released on $10,000 bond.

The charges against Rosenscheim were spelled out in the government's motion opposing his release:

An Apple iPhone3G was seized from Defendant’s office inside his residence. Defendant provided BCSO officials with the password to access this phone. The forensic analysis of the phone revealed a Yahoo Messenger account with the user name “cambodia1994.”

Investigators learned that it is against Presbyterian Hospital policy for physicians to take medical photographs on their personal phones. Several of the photographs depict close up views of genitalia.

Rosenschein's trial was scheduled for this week, but court records do not indicate it has started.

What a sick person. Preys on children and uses his profession for his sexual satisfaction. Hang him by his own parts till they fall off.

I worked with him in the OR for several years and was very surprised to hear about this. There are a lot of us in the OR making sure children are taken care of appropriately and I never witnessed anything inappropriate from him. There is a team of caregivers with your child at all times. It’s still unnerving though.