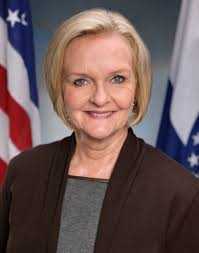 President Trump’s ban on immigrants and travelers from seven Muslim-majority countries – and refugees from anywhere – is making our country less safe and has compromised our most sacred values.

This ban has handed a potent recruiting tool to international terrorists by communicating that America is at war with Muslims. And in addition to refugees, it’s threatened to leave behind even those people who put their lives and the lives of their families at risk to help American military servicemembers in war zones. It’s appalling.

The Ninth Circuit Court of Appeals ruled against this discriminatory order, but we cannot, and I will not, stop fighting the ban until it’s gone for good. I’m joining my colleagues in the Senate to demand President Trump rescind this ban, but we need you to speak out with us:

Please, add your name right now to join me, my colleagues in the Senate and Americans across the country to demand President Trump rescind his discriminatory ban on refugees and immigrants from Muslim countries.

The notion that our government would prioritize one religion for admittance to our nation flies in the face of our sacred, founding values of liberty and freedom of religion.

As the top-ranking Democrat on the Homeland Security & Governmental Affairs Committee, I’ll keep fighting until we fix this horrible wrong that’s making our country less safe every day it’s on the books. And I urge you to keep calling the White House, writing letters and emails, and marching – keep using your voice to speak out for what’s right.
Posted by Randy at 11:48 AM

What a joke,she helped give us Obama who neglected our military and whoarrogantly called Issil the JV.She needs to retire


This woman is a total fool. In an Islamic country like Somalia or Niger this liberal delusional skank wouldn't be allowed to run wild with an unlicensed, unregistered clitoris or flapping yapping tongue.

If Islamic terrorists are kept out of this country then they won't be able to rape white women from Syria, or set off car bombs from Iraq, or shoot off AK-47s at shoppers in Minneapolis from Afghanistan. Much less drive trucks and kill 84 civilians in Kansas City like they do in Nice France.

Let them be as mad as they want . . . over there. Good policy is keeping them out of this country altogether.

She will be gone this time two years hence.

When Sherman burned down Georgia, you could say that was a recruitment tool for the South; but alas what difference did it make.
I can't wait till 2018 and get Claire She steals My Cash outta there. Probably not capable of finding a real job.

Harvey, the good news is my vote will cancel your vote for the rest of your life.