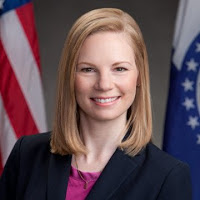 
State Auditor Nicole Galloway today released a report on state's oversight procedures for prescription drug benefits through Medicaid, the Children's Health Insurance Program (CHIP), and the Missouri Rx (MORx) program, which are administered by the Department of Social Services.

The report found that the state has taken effective steps to control spending on prescription drug costs, but more can be done to fight fraud and abuse.

Missouri is the only state in the nation that does not have a comprehensive statewide Prescription Drug Monitoring Program (PDMP).

These programs collect data from pharmacies dispensing controlled substances and make the information available to authorized users through an electronic database. According to the Federal Department of Health and Human Services, such programs have been effective in addressing prescription opioid overdoses, misuse and addiction.

"Each day, more Missouri families feel the effects of opioid addiction, and law enforcement, medical professionals and advocates have been working tirelessly to address the growing problems of opioid misuse and abuse," Auditor Galloway said. "A step in the right direction is ensuring state prescription drug benefit programs have access to available information that could address abuse."

In July 2017, the former administration attempted to create a statewide PDMP through Executive Order, however, the program was inadequate to address fraud and abuse. An alternative exists through a PDMP created by St. Louis County which, as of August 2018, includes data from 10 cities and 48 counties in the state. As a result of recommendations in the report, the Department has taken steps to access information from the St. Louis County PDMP to better identify potentially inappropriate use of controlled substances within the Medicaid and CHIP programs.

The cost of outpatient prescription drugs within Medicaid and CHIP represents 14 percent of all spending. Between 2010 and 2015, these costs increased. The Department implemented processes, including encouraging use of generic drugs and requiring the usage of lower cost drugs before prescribing higher, in an effort to reduce costs. As the result, prescription drug costs have decreased in 2016 and 2017.

The audit also recommended additional efforts by the Department to ensure federal regulations are followed to gather required prescription drug information from prescribers and prevent payments for unallowable claims.

The complete audit of the Department of Social Services' Prescription Drug Oversight, which received an overall rating of good, can be foundhere.
Posted by Randy at 8:32 AM

one of a few people in Missouri government doing her job, the office's job and doing it quite well. Good that the voters saw fit to keep her in the job and should be proud that someone of responsibility is watching the other crooks in our offices. She should be commended for her efforts, her offices efforts and the staff who work tirelessly to watch those in other offices not fit to serve the peoples needs. Thank you