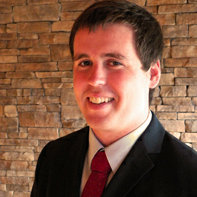 Governor Parson said, “I am honored to appoint Scott Fitzpatrick as the next State Treasurer. Scott has built his career, as a small business owner and legislator, with a proven track record of being a wise steward and protector of the people’s money.”

“From the beginning of this administration, it has been a top priority that we strive to provide stability and instill confidence for all Missourians – that we can and will move forward. Missourians will soon have another fully qualified, ready to lead, fiscal conservative managing the Treasurer’s office,” said Governor Parson.

First elected at the age of 25, Fitzpatrick quickly rose in leadership to become one of the most respected members of the General Assembly on fiscal issues. As a millennial, Fitzpatrick will soon be one of the youngest statewide officials in modern times. Additionally, he has successfully built his small business into a multi-million dollar enterprise.

Incoming State Treasurer Scott Fitzpatrick said, “I want to thank Governor Parson for the tremendous honor of being selected as Missouri’s next state treasurer. As house budget chairman, I’ve worked to protect Missouri taxpayers by passing balanced budgets that eliminate wasteful spending while investing in our shared priorities. As State Treasurer, I’ll continue to work each and every day to promote government transparency and efficiency.”

State Treasurer Eric Schmitt showed his support and said, “For the past two years, the talented individuals within the State Treasurer’s Office have worked every day to protect Missouri taxpayers and help Missouri small business owners. I am glad to see Governor Parson continue to move the state forward and select Scott Fitzpatrick as the next State Treasurer. The State Treasurer’s job is to be an excellent steward of the people’s tax dollars. Scott has a long record of proven leadership as Chair of the House Budget Committee, and his experience and integrity will serve him well in his new role.”

Fitzpatrick, first elected State Representative in 2012, represented Barry and portions of Stone and Lawrence counties. In addition to his time in public service, Representative Fitzpatrick is the founder of MariCorp US., a Shell Knob-based marine manufacturing and construction company.

Fitzpatrick graduated Cassville High School in 2006 and the University of Missouri in 2010. He currently lives in Cassville. He and his wife Mallory have two sons, Luke and Carson (born in 2016), and are members of United Methodist Church in Cassville.
Posted by Randy at 3:28 PM