Two Joplin residents are being held in the Jasper County Jail on no bond on multiple charges of felony child abuse in connection with the beating of a four-year-old child. 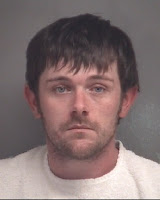 A 9 a.m. Thursday arraignment is scheduled in Jasper County Circuit Court for Haley Kaitlynn Simpson, 26, Joplin, who is charged with two counts of child abuse.

The Joplin Police Department arrested Simpson December 6 after receiving a call at a local hospital about an abused four-year-old.

The other person charged, Adam Duncan, 28, Joplin, was taken into custody Tuesday after a five-day hunt.

Duncan's crimes are described in the probable cause statement, with the first instance allegedly taking place on or between May 6 and May 11.

Further, on December 5, 2018, Adam Duncan committed the crime of abuse of a child. During this instance, Duncan physically struck (the child's) head with his hand multiple times causing serious bleeding to the right side of his head. (The child) also had serious bruising to the back of his hands and thighs caused by physical abuse.