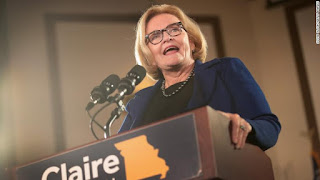 The thing I like best about this new feature is that people are kind enough to provide me with fresh material lately, so here are some of the best or worst comments, depending on your viewpoint to be found in Joplin and Springfield media outlet Facebook pages:

Shut the hell up unemployed pig

I envy this commenter. I could think for hours and never come up with anything that witty.


Your nuts
What about them? (That line nearly got me slapped when I used it on a waitress at the Ice Cream Boll in Granby in the summer of 1977.)

Didn't the people just send her worthless ass home? She is like a bad thigh rash she just won't go away!

I would make a comment, but I bow to this man's expertise with thigh rashes.

Criminals aren't going to bother getting a background check before stealing my legally owned and licensed gun!

I am having trouble understanding this one. If you have a legally owned and licensed gun, can't you use it to protect you against these criminals?

Buy from private sales not dealers. We pick up quite a few every year & the government will never know & its legal!

Are you one of my neighbors?

if you ain't a criminal then why do you care about having to pass a background check?

GUNS DONT KILL.
PEOPLE KILL.
CARS DONT KILL
PEOPLE KILL
When will AMERICA people stand up and face what they do wrong and pay for there crime.

And yet we refuse to even consider legislation to keep some of these people who have no business being near guns, much less owning them. And I was able to say that without putting it in all caps.

Tried the Burger King on rangeline. It sucked, burger was barely even warm and cost extra to add cold cheese. The fries tasted funny and they had one register and one drink machine. Needless to say they won’t last long and I won’t go there again

We need to repeal the stupid minimum wage increase.

It's a slippery slope. If you let those people have money, they might spend it and help the economy.

On the government shutdown

leave it shut down...tell 90% to get a job...this includes the military and we'd still be the strongest military in the world and in 5 years we'd pay off the national debt and then give our kids/grandkids a future again!!!

Shutdown should be over by Cinco de Mayo..
#mexicopays


I am trying to figure where this money is coming from. When the taxes were cut for Trump and other billionaires, McConnell and Ryan both said we were short on revenues and we needed to adjust or do away with Social Security and Medicare and we did not have enough money to take of our veterans. If the deficit is climbing to one trillion dollars and we are broke where is the 5 billion coming from to build a wall. We don't have a border problem anyway because the illegal population has come from 11.5 million in 2007 to 10.7 today so we have border security right now.
Posted by Randy at 9:50 PM

I love reading these. This would be a great daily.

The comments on some of these is just out of the realm of "The Animal Farm". You know, two legs bad, four legs good. People still prefer Trump over Clinton no matter how bad it is shown to them. Over 7500 lies, fake bone spurs, no respect for troops, less respect for environment or working class, giveaways to corporations that donate money to him and worst of all the government having to prop up his investments and children with no real remorse that they are fleecing the working man and woman. How much of the dolt can they stand before yelling enough is enough. And then the republican congress, even in Missouri, are praising what he has done to wit, a new recession. Just not a non-fiction read.

Here we go again... speaking of dolts, do you feel better thinking your blue donkey is better than a red elephant? To say one is better than the other, is to he a dolt. Clinton better Trump? I call b.s. because no matter who is "in charge", the average American loses. It is like asking if you would rather die by gun or knife... what difference does it make? You are dead either way.

I think I would pick gun. A knife sounds a lot more painful.