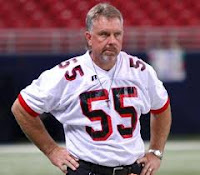 The Lamar R-1 Board of Education officially accepted the resignation of head football coach Scott Bailey during a special board meeting Wednesday afternoon, the Lamar Democrat reports.

Bailey had already resigned as athletic director, but will continue in that position until the end of the 2019-2020 school year.

The board also accepted the resignation of middle school football coach Iver Johnson. Johnson will continue to teach in the district.