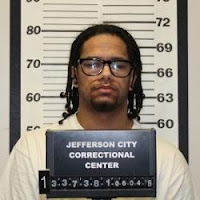 Two years after the brutal murder of three-year-old Jayda Kyle of Carl Junction, the case is topping social media feeds once more as a sizable number of recently released court documents and videos have been posted, many casting aspersions at the child's mother Devyn Kyle, with others aimed directly at Jalen Vaden, 24, Devyn Kyle's former live-in boyfriend who is serving a 22-year sentence at the Jefferson City Correctional Center.

Despite Vaden pleading guilty January 3 in Jasper County Circuit Court, his supporters continue to question the validity of his confession and plea claiming his initial confession was coerced and alternately, that he is covering for Ms. Kyle.


Vaden added to the confusion with a statement he issued through his attorney, Tracey Martin, shortly after his plea, in which Vaden took responsibility for the child's death, but left doubts lingering.

Jalen has authorized me to make a statement on his behalf following his guilty plea.
Jalen continues to assert that his "confession" was not accurate or truthful.

However, he does take responsibility for a reckless, tragic accident that resulted in the death of a beautiful child. He feels extreme guilt and remorse for all of the families and individuals that continue to grieve for that precious little girl.

The interrogations of Vaden and Ms. Kyle were posted on YouTube Monday and are included in this post.

Vaden will be required to serve at least 85 percent of his sentence and will not be eligible for parole at any time. 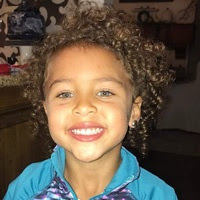 During the plea and sentencing hearing, Jasper County Prosecuting Attorney detailed the evidence that would have been presented if Vaden had gone to trial. From the January 3 Turner Report:

The familiar details from the original probable cause statement were recounted, but Kenney also added others which explained why investigators zeroed in on Vaden rather than the other adult who was in the home at 405 Meadow Lake Drive in Carl Junction the night of November 27, 2017, Jayda's mother, Devyn Kyle.

Vaden had blood on his shirt and there was blood on the floor in the child's room as well as on the bed.

After it was determined that Jayda Kyle's death, which occurred December 1 after she had been airlifted to Children's Mercy Hospital in Kansas City, did not come as a result of any medical condition, but rather from abuse, investigators questioned Vaden and Kyle separately after advising them of their Miranda rights.

Kenney said that in the videotaped interview, Vaden told officers he did not intend to hurt Jayda, but "he just snapped."

Vaden demonstrated on a doll what he had done to the child, including throwing her on the floor and causing her to hit her head, Kenney said, and then officers left the room as Vaden wrote on a piece of paper a description of the exact locations in the child's room where the incidents of abuse had taken place.

Vaden's descriptions of what he had done to Jayda and where he had done it matched up completely with the physical evidence from the crime scene and the medical evidence, Kenney said.

A signing for the new book, The Buck Starts Here: Harry S. Truman and the City of Lamar will be held Saturday, December 14, 1 p.m. to 3 p.m. at Always Buying Books in Joplin.

The book is available locally at Always Buying Books, Changing Hands Book Shoppe and The Book Guy in Joplin and at the Truman Birthplace and the Lamar Democrat office in Lamar and can also be purchased in paperback or e-book from Amazon at the links below.

It's mind blowing , & disgusting that people can watch his interview , where he lies repeatedly, before ASKING for a pen & paper , to write HIS CONFESSION. He shows zero remorse for Jayda. No one is going to confess to killing a child , if they did not do it ! It's ridiculous this is being drug back through social media.
Randy, do you know if the investigator who interviewed Devyn, is in fact the same one that had to go to court because Judd called him the night before the interview ?

The investigator who interviewed both was the one who testified in Court that Judd called the night before to move up the interviews and that was unusual.

Do you ever stop to think maybe the accident was done by Devyn and he confessed to save her? That those were HER actions and he is taking the blame for her. Read his letters from the plea hearing to Mack and Devyn. Let me tell you if that were my child I would not be cool with 22 years. I would've wanted him to get WAY more. She was pretty quick to agree to that.

Jalen continually lied during his interview he asked for a pen and paper to write it all down....nobidy asked him to do that he did it on his own...i believe jalen did it and always will....good people do bad things sometimes....sometimes people just snap....just because he was a good person doesn't mean he always has it together...i believe that him and devyn had argued that evening and maybe that played into it...who knows...but keeping this out on social media and jalens brothers page where he is going thru all phone calls and stuff is just keeping this crap alive....no matter what jalen will spend the 85% to 22 yrs in prison because he took a plea deal....he didn't take a plea deal for no reason he did it where he wouldn't spend the rest of his life in prison ....its time to let the shit gooooooo....

Your baby is being murdered under the same roof and you don't hear a thing. Hard to believe.

Carmen should be in jail as well. She knows a lot more. She sent Jayda into Devyn's care that day. Jayda didn't want to go.

He confessed to save her ... what?! I dont know a black man that would take a weed charge willing let alone a MURDER charge ... Yall need to stop

The mother got away with murder! Plain and simple! She has family in the law department and did not have to take responsibility. She has to live with this for the rest of her life! Every Christmas every birthday every Easter Thanksgiving, she will be reminded that she once had a child to share those holidays with! Jalen we'll have to live with the fact that he is in prison for a very long time and he no longer has a child either! It's just pretty sad and pathetic that just because you have family in law enforcement that you can get away with murder of a child!!

After watching both interviews, its easy to believe that Devyn did it.

But its not so easy to believe that Jalen confessed to a [horrible, inhuman, disgusting] crime he didn't commit just to save Devyn - I mean, the scenario is romantic, he loves her so much, she is that wonderful, that beautiful, that amazing - except she isn't. All those who assume the latter, consider this: this girl is no fairy princess - she's relied on her father's reputation and position since birth, little independence, she's aging poorly and is relatively unaccomplished, not incredibly educated, she's got a perpetual shit attitude. Oh, and she's fat. No offense to her, ofc.

So men of the world, tell me, would you take the blame for this incredible act of violence and sacrifice 22 years of your life for... this? Yeah, didnt think so.

So why would he do it?

She they were doing laundry, putting something up in the closet, he left the bedroom and was only gone for, like, a minute. He was right back, very shortly after. She said she couldnt hear anything because the house is hard to hear things in.

Later she says that during that time, right after he left the bedroom, she sat on the bed and made a call to a client that lasted 5 minutes.

So, were you doing laundry in the bedroom or the living room? Was he gone for a minute or for 5 minutes? Could you not hear anything because of the way that the house is made or because you were on the phone?

Damn, see, that's where lying gets hard, all those little details you gotta keep straight.

What bothers me about both this is how differently the interviews were conducted. He gets put in the corner, the detective pushes closer and closer and doesn’t give him any other choice but to say he did it.

Her interview is more calm, talked about her dad, her church, she sat at the head of the table where she didn’t feel pushed in the corner. He led her to the answers he wanted from her.

So if he was doing bathing the kids, putting them to bed, doing laundry and she had a short call with a client...what else was she doing?