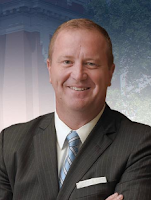 Missouri Attorney General Eric Schmitt today sent a letter to Dr. Matt Robinson, superintendent of the Cameron R-1 School District, supporting the school football team’s voluntary prayer sessions outside of games. On October 28, the Freedom From Religion Foundation (FFRF) sent a letter to the Cameron school district decrying their prayer sessions before and after games.

In the letter, which can be found here, Attorney General Schmitt cites multiple U.S. Supreme Court decisions that uphold the historic role of public prayer and the freedom of religion rights of public school students and organizations.

In the letter, Schmitt states, “Our understanding is that no coach or other Cameron official has forced any football player to participate in prayer or taken any action against any player who chose not to participate. The prayer occurs outside of the football game.


"The prayer is not broadcast over stadium loudspeakers, and fans evidently cannot hear any part of the prayer. The school district reports that it received no complaints from anyone about the prayer, and FFRF does not reference any complainant in their letter.

"Evidently, FFRF’s threat does not reflect any discomfort with the prayers in the local community. Rather, it reflects only FFRF’s radical agenda. And without a complainant, FFRF lacks standing to sue the school district, no matter how strongly it objects to this voluntary prayer. But if FFRF seeks to silence voluntary prayer outside of Cameron’s football games through a lawsuit, we will support your football team’s lawful, voluntary decision to pray.”

Additionally, Schmitt highlights the hollowness of FFRF threats, citing FFRF’s demand that Clemson University football’s team stop team prayers, demands to stop schoolchildren from reciting the Pledge of Allegiance, efforts to erase “In God We Trust” from our currency, and more.
Posted by Randy at 9:06 PM