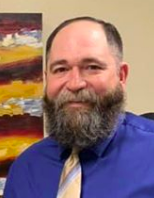 A February 4 arraignment has been scheduled in Barton County Circuit Court for former Lamar Career and Technical Center Director Warren Scott Nolting who is charged with felony stealing after allegedly embezzling at least $13,537.96 during the past three years.

According to the probable cause statement, Nolting admitted the embezzling has been going on for five years or the entire time since he was promoted to the position. Before that, Nolting was a vocational agriculture instructor in the district for 15 years.

The statute of limitations only allows him to be charged for the amount he stole during the most recent three years.


The Lamar R-1 Board of Education accepted Nolting's resignation one day after Superintendent Zach Harris told the Lamar Police Department Nolting had been buying items on the district's account for his personal use.

The allegation is spelled out in the probable cause statement:

On 10-23-2019, it was reported by the superintendent, Zachary Harris, that Warren Nolting had bought items on the Lamar Vocational Technology School's charge account or his use.

A record of accounts from O'Reilly Auto Parts, Bumper to Bumper Auto Parts, Isenhower Lumber, Lamar Career and Technical Center and KMI Metals were given to the Lamar Police Department as evidence. The records indicated purchases that were not used in the school district, but for Nolting's personal use.

On 11-25-2019, Scott Nolting came to the Lamar Police Department for an interview. He was read his Miranda rights and told that he could leave at any time. During the meeting, he admitted to having made the purchases and intended to pay them back.

When asked about the debt that had accumulated from 2014 to present, Nolting stated that the amount had "got away" from him.

A follow-up phone interview was conducted with Nolting. He was asked how the purchases were authorized. He was explained he was head of the department and approved his own purchases.

He was asked how the purchases were authorized. He was explained he was head of the department and approved his own purchases.

That's a fail for some in authority above him.

Who is responsible for these deficient procedures?

Or did they already get a sweetener and retire early?

Agreed. This is ridiculous. How does a "little borrowing" turn into 13k

A thief is a thief, but it appears he had some help in this case.

Does anyone who cares understand how this 5 year long embezzlement of taxpayer dollars could go undiscovered for...FIVE YEARS?!

Also does anyone know how the crime was initially discovered?

Unbelievable. Scott is a good man and this is way out of character for him.