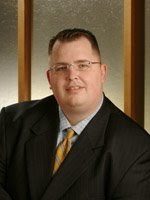 A decision is expected sometime within the next few weeks on an appeal of a libel suit filed against one of Seventh District Republican congressional candidate Billy Long's top advisors.
Online documents indicate the Eastern District Court of Appeals reviewed briefs filed by St. Charles County Commissioner Joe Brazil and political operative Jeff Roe, whose company Axiom Strategies has been responsible for guiding much of Billy Long's campaign.

Judge Nancy L. Schneider granted a summary judgment in favor of Roe in January, ending the first phase of the lawsuit Brazil filed against him in 2007.


According to St. Charles County online court documents, Judge Schneider ruled that Brazil, as a public figure "has submitted no substantial evidence or no genuine issue of material fact concerning actual malice."
On the second count of Brazil's lawsuit, which alleged he had been injured by what Roe wrote in August 2006 on his blog, The Source, the judge ruled that Brazil had not provided evidence showing he had lost anything other than attorney fees.

Brazil filed the initial libel suit against Roe in March 2007, as detailed in the March 30, 2007 Turner Report. Brazil took the action after Roe attacked him in two posts on "The Source" blog just before the August 2006 State Senate primary, which was won by Brazil's opponent, Scott Rupp, another client of Roe's.


According to www.darwinawards.com, in 1982, Brazil was attempting to pull off a senior class prank at McCluer North High School in Florissant, Missouri. Brazil plan was to deposit thousands of pounds of sand into the school’s faculty parking lot. Brazil even owned a dump truck that could be used to aid in the prank.

Roe filed a countersuit at one point, but later dismissed the action.

Billy Long's October disclosure report, filed Friday with the Federal Election Commission indicates he spent $418,000 during the past three months, with the biggest amount, $158,247.62 going to Roe's Axiom Strategies.

That amount included the following expenditures:

The attacks and the robocalls against Long's general election opponent, Scott Eckersley appear to be on the horizon. The FEC documents indicate Long paid Roe's consulting firm $5,500 for an "opposition research package," $7,906 for VOIP phone rental and $7,896 for "188,000 VOIP phone minutes."
Posted by Randy at 2:59 PM

we all saw this coming, Long will go negative against Eckersley,

Will religion will be a factor in the negatives?

The scotch drinking, stripper hiring, professional gambler will not lower his standards to go negative against Eckersley.

We have to remember that Long is "Fed up" with what goes on in Washington. He has just brought it to Southwest Missouri. I am sure Blunt gave him some pointers.

This fat boy will be a real 'hit' in prison.

Billy Long has paid Jeth Roe enough money to cover anything the courts might decide unless we get lucky and the court rules damages for a gazillion dollars.

Why is everyone in Long's campaign fat sweat hogs?