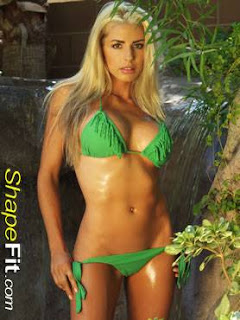 Majority Leader and future Speaker of the House Steve Tilley spent half a million dollars on a five-bedroom, four-bathroom house in Las Vegas Sept. 1, according to Block Shopper Las Vegas.

The home, located at 9609 Del Sole Court, was being sold for the second time in less than three months. The website says Tilley and his wife, Kellie, bought the home from Charles Griffin who paid $720,000 July 12 to buy the property from supermodel Jamie Frontz, who bought it for $950,000 on Feb. 2007.

Though not much information is available about Griffin, it is quite the contrary for Miss Frontz.

On her blog, Miss Frontz, 32, says she is a conservative Republican:

I know, it’s politically incorrect to talk politics or religion or any of the other taboo topics but being how this is MY blog, I figure I can blab about what ever the hell I want and if y’all don’t like it you can go to someone else’s site right? So here’s the deal, it’s no secret that I’m a Republican. I am fairly conservative when it comes to most politics. To say I’m disappointed in our country and the way things are going is a vast understatement. It’s just flat out scary. I miss the days when it felt like being an American and being Patriotic stood for something. Can I just say, what the hell happened to our Constitution? Does no one remember that that is the foundation for which our nation was built?

On her website, Miss Frontz lists the things she loves:

I love love love my 4 dogs, my horses, sitting down to read a good book, writing, working out 6 to 7 days a week, Pilates, a dry sense of humor, shopping, being in front of the camera, when my dogs go potty outside, the feel of grass between my toes, chap stick when I really need it, fat back statements, therapy (whats better than getting to vent and not be judged.. even if I do have to pay for it), acupuncture, going to the movies, church and brunch on Sundays, having a relaxing ride through the mountains with my horses, laying out by my pool, sweet tea, talking politics, ice cream, cocktails with the girlies, shoe sales, sexy high heels, really big diamonds, my ultra comfy bed, sexy lingerie, great conversation, great kissers, watching the snow fall from a hot tub outside, hot coco with the little marsh mellows, German Rieslings, cooking for my friends (or man when I have one). 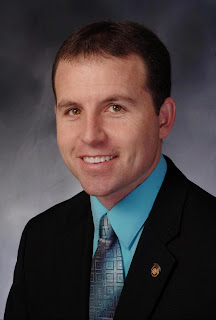 What s your point??? Is it a crime to have things? Or a crime to be conservative? I'm confused, I think you need to get off your left wing horse and give up your witch hunts.

Billy needs a place to stay in Vegas.

It's funny that I have not seen a story on Sen Claire McCaskill and her husband owning a 3 MILLION DOLLAR plane or Rep Chris Kelly and his wife owning a vacation home in Colorado. So what if he bought a vacation home in Vegas. Last I looked Rep Tilley and his wife are very successful business owners outside of him being in politics. At least he stayed with his roots and purchased from a REPUBLICAN!!!!!!! Good for them!!

Supermodel Jamie Frontz has the foundation on which this country was built.

Or, Supermodel Jamies Frontz's foundation was built in this country.

Or, The Founding Fathers could only dream about Jamie Frontz's foundation.

This is the best looking post I have ever seen on this blog!

I am not a Rocket Scientist but it's looks like a great investment property to me!!

Does she ever work the Metro Grill in Springfield?

Tilley is a long way from being a conservative. He is part of what is wrong with the Republican party in Missouri - and Ron Richard.

Super Model? Tell me what Big Designer or Company she ever worked for? She modeled for her self mostly.. Outer beauty.. but No inner beauty. She's as mean and hateful as they come.