Winners and losers from tonight's Board of Education meeting 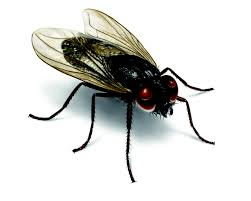 A few winners and losers from tonight's Joplin R-8 Board of Education meeting:

Flies- Despite Board President Jeff Koch and Interim Superintendent Norm Ridder's efforts at making the Olympic Synchronized SWAT team, no flies were injured during the making of this meeting. (There was a lot of buzz surrounding the meeting)

Norm Ridder- The folks at Mehlville where Norm Ridder was interim superintendent last year praised Ridder for telling the truth without sugarcoating it. That quality was on display tonight as he quickly and succinctly related some of the problems he had seen during his first week in charge. After seven years of celebrations, half-truths, and occasional baldfaced lies (to use one of former Joplin City Manager Mark Rohr's favorite expressions), hearing the plain truth spoken was refreshing.

Debbie Fort- When Ridder said that part of the problems with the system were due to the tornado, but that it was not a major factor, it reminded me of Fort's comment during the 2014 board forum, when she said she was sick of blaming everything on the tornado. We have all been sick of that and it looks like we may start putting the tornado in our past instead of continually wallowing in it. (Perhaps I shouldn't have written that since Silver Lining in a Funnel Cloud is all about the tornado and John Hacker and I are working on a book for next year and the five-year anniversary.)

Teachers- Judging from Ridder's statements tonight, it appears teachers' needs will be considered instead of those of the never-ending stream of executive directors and learning/teaching coaches and their high-priced, con artist consultants. Another refreshing change.

Board of Education- The board had a smooth, professional meeting. People may not agree with everything the board decided, but the people's business was no longer relegated to being a sideshow.

Randy Turner- During a break in the meeting, Ridder introduced himself to KZRG's Joe Lancello and me. When he heard my name, he did not even reach for a cross.

Viewers on JET HD, YouTube, and the Turner Report- After the recent four and a half hour board meetings, from the time the official meeting started until its conclusion was 53 minutes. Ridder kept his promise of keeping meetings to 90 minutes or less.

Taxpayers- Ridder promised transparency and one of the first things he is going to do is to have all salaries posted on the district website. That's a good first step.

C. J. Huff- As a result of his severance agreement with the district, board members cannot say anything bad about the former superintendent (fortunately, I am willing to step into the breach), but if you take Norm Ridder's assessment of the district's problems as gospel, Huff's single-minded, self-centered, narcissistic time in charge, especially after he was anointed as the "hero" of the Joplin Tornado, has left this district in a mess, one that Ridder noted "is going to take longer than I initially thought" to get back into shape.

Tina Smith- That must have been some salary committee she and board member Lynda Banwart were on since we discovered tonight that there is no salary schedule for administrators. That makes me wonder other things. How did the committee decide if administrators were making above market value. Did they call other school districts to find out what their executive directors are making? And how about those teaching/learning coaches? Did they call the CIA to find out how much they are paid? (Or is it top secret?) The one I want to know is who they called to find out how much the market will bear for highly unqualified chief operations officers. I wonder if they were in touch with area school districts to check on how much to pay events coordinators or Bright Futures directors.

Day Care Operators- The district's decision to move full speed ahead on building an early childhood center is going to result in considerable damage to Joplin's day care operators.

Mike Landis and Randy Steele- Who needs them?
***
Find out what the Joplin Globe has not been telling you about the Joplin R-8 School District and the City of Joplin. Silver Lining in a Funnel Cloud: Greed, Corruption, and the Joplin Tornado, is available locally at Always Buying Books and Changing Hands Book Shoppe in Joplin and Pat's Books in Carthage. The book is also available in paperback and e-book formats from Amazon.com.

I didn't catch the whole discussion on the early childhood center, but didn't they vote to take out the daycare portion for infants up to 3 years old? If that's the case, then there should be less competition with the private daycares, and it does make sense to offer before/after school care to students enrolled in the preschool.

But I don't think they need a new building...repurpose one of the existing facilities instead like Emerson, or share space with Admin at Memorial where the program used to be.

we discovered tonight that there is no salary schedule for administrators

That underlined what we already knew, that the administration has been run as sort of patronage system, where people are being rewarded for things besides the ostensible job they're holding.

They don't need a new building.
What about continuing to use Duenweg or Duquesne?
There's lots of room at Memorial and the kids could have the gym for bad weather play.
Let's see if they can keep from that up.

Duenweg's old school is being turned into the Beacon school for troubled teens not just from Joplin but surrounding communities. Which the residents knew nothing about it and are not happy to say the least. The old Duquesne School was given to the city to use as a community building. I agree the old Memorial School has plenty of room for this program!

It's not Ridders call how long the meeting are. It's the BOARD meeting, not the Superintendents meeting. Once he gets settled in the meeting will get considerably longer.

No new buildings. Fix up the ones needing it.

Turners name in no way should ever be attached to the term "winner". Just an observation.

7:02AM. I think you missed the point of Dr. Ridder's comment about being a short meeting. He said he wants the board to know what is going on all the time then when they come together for the meeting it is not the first time they are learning about something. It is NOT his meeting but his communication with the board in between meetings will speed them up.

I my opinion "short meeting" means fewer public relations dog and pony shows. It may also mean brief presentations about proposals under board consideration which are supported by adequate documentation provided to board members in advance so that they may be prepared to ask questions and make decisions. We shall see.

Can't believe they gave admin a raise this year. They should be the last people to get raises. Goes to show you that this salary committee is a joke. Who did they compare jobs to? Wish that was made public. I did like how Ridder basically called out Tina Smith and said everyone including her and Paul needed to be on the salary scale

Still want to know what his salary is. Why is this a big secret??? Transparency anyone???? The guy was pulling $195000 at Mehlville. Anyone know this number?

What is a salary scale anyway if it does not measure years of service and it can be frozen. I want to know if Smith and Bar pay their 15 percent into the teachers retirement or do they have a different retirement system?

Beacon is staying at the old admin building. The board told them no. Why move it when the Chiefs built them a playground?

We need Columbia and West Central to be repaired. Especially Columbia! It has one wall that looks like it's coming off and it's crowded. West Central is stronger but old and crowded.

$177,250!?!?!?!! Sweet Jesus!?!?!! I thought the point was to cut costs. I agree, Huff was overpaid....I remember seeing multiple comments about how he was so overpaid compared to surrounding districts that were outperforming Joplin. I thought the idea was to cut costs??? We are still paying a guy $145,000 over what a teacher makes???? Are you kidding me??? Way to go board. Another nice decision.

When did the board tell Beacon no? I thought they just didn't have time to get it ready before school started.

I know MO considered a bill that would cap a superintendent's salary to 4 times that of a first year teacher. I swore this bill passed but Huff grandfathered in due to signing early. Is this salary even legal?

Anonymous @2:38 PM: When an organization is as messed up as the district is, trying to economize on the guy who's supposed to fix it is a false economy. It's a dirty, nasty job that in the end may be thankless (we don't know how much the district is in the hole...); it can often be the last job a manager is able to get.

At least in this case, there's a link between being "nasty" and cutting costs: laying off a bunch of unqualified administrators in school spies, which could pay for both Huff's golden parachute and the "excess" in Ridder's salary with plenty left over. Of course, I'm hoping he's going to do that, I don't know that he will; if he doesn't, then, yeah, it'll likely turn out he's overpaid. But we have to start with assumption he will do the right thing based on his past performance and pay him accordingly.

You're not very observant.

The District opted not to utilize Dusquene for Beacon because once they got into the building, they found that it needed a lot more work than they had budget for. Several things were rearranged, and Beacon is staying where it was at Roi S. Wood. They also opted to build the new early childhood building because they had $10 million of FREE money they could use. If they used one of the old buildings, it would be very costly to the District to renovate, and these projects weren't eligible to use the grant funds for.

If Beacon is staying at Roi S Wood, why does it say Beacon on the sign at Duenweg?

I am curious about this too! Any idea, Randy?

The bill hasn't seen much action yet.