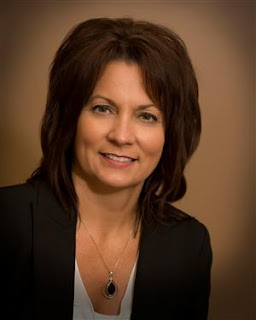 It is a million dollar team, but you will not find any superstars on it.

A review of salaries for the members of the district's so-called leadership team under "retired" superintendent C. J. Huff, shows that  the 10 people on the team, including Huff and executive directors for anything and everything, raked in a total of $982,928 during the past year.

The lowest salary on the leadership team belongs to the woman in charge of public relations for the school district, Kelli Price, but even she is making considerably more than many veteran teachers.

Thankfully, for those who think the district does not pay these distinguished leaders enough- the salary schedule approved by the Joplin R-8 Board of Education Wednesday night calls for the administrators to receive a $500 increase to their base, while classified workers, in other words those on the lower end of the totem pole, received no pay increases because they were "leading the market" in their job area.

That decision is based on the findings of a salary committee headed by Chief Operations Officer Tina Smith, who despite having no experience in education and contributing to the filing of several lawsuits by former employees who were let go after they made her aware of problems in the workplace, is making $86,858 annually.

The $982,928 per year made by the 10 leaders is more than the $900,000 CFO Paul Barr, who has the second biggest salary in the district at $120,403, put in the budget for pay increases for the district's approximately 600 teachers and that total included increases in the amount the teachers will have to pay for their health insurance.

It should be noted that this is the same team whose members pushed the board to pay $300,000 a couple of months ago for a testing regimen, which is specifically designed to help students succeed on the Common Core tests that Missouri officially eliminated earlier this week.

It is also the leadership team, backed by the Board of Education, which provided us with $8 million in might-as-well spending, for extra tennis courts, press boxes, artificial turf, and lighting for practice fields, and a track.

For two straight years, members of this leadership team, C. J. Huff and Paul Barr, submitted budget proposals that called for no step increases and bare minimum pay hikes for teachers. Both years, the board has given the teachers step increases and more money than the leadership team recommended, but nowhere near close to making up the amount of money the teachers have lost over the past few years, as teacher salaries were kept virtually the same while spending exploded in other areas.

Salaries for the Joplin R-8 leadership team for the past year are as follows:

It is stunning news that some people get paid more than others.
If only everyone made the exact same salary all our problems would be solved.

Hey, you know what would be fun? I will get on the Turner Report and make some flippant response that angers the vast majority of the blog's readers whose livelihood is directly affected by the the real problems that I will quickly dismiss as trivial. Good times. 9:46, what other websites are you trolling today?

Have you ever thought about a Central Office job? You'd fit right in with the ass herd there. You must be part of the very small sector of American workers who actually gets paid a fair wage for the job done.

Dang, Tina, you're doing good for a career that revolves around destroying people's careers and reputations. Good job! Who knew you could get so much for a soul these days. And Lisa? That's outstanding, considering you weren't legally qualified for your job! I'm impressed. And no one can say you didn't use your time wisely. Why, all those antique shopping sprees when you were supposedly at workshops paid off. Like that time you bought that painting and had to drop everything to figure out how to ship it to your mansion. If that isn't problem solving, I don't know what is. And really, your testimony under oath that attempted to portray a teacher as a pedophile, surely that was worth six figures. You really did well with your soul. Impressive work there. Hanging with Bessie over the years was really an educational experience for you.

As for the top two? It's amazing what you two jackasses received for spending our district into a chasm that will take years to climb out of, but hey, at least you two didn't suffer any. That's really important.

"Woe to you who are rich, for you have already received your comfort." Luke 6:24 I guess you all skipped that part. Or maybe you thought by sacrificing yourselves with bloated incomes and underpaying the staff you were somehow keeping them out of the fire. Twisted logic, but I can see how it would appeal to a building full of hypocrites. Yes, you will all get yours someday.

"You were the 2013 Missouri Superintendent of the Year. What did that mean to you?

Personally, what it means is that I’ve done a good job hiring some great people. They make me look better than I deserve, and I’m really proud of them. Nobody who leads an organization and leads it well does it on their own. So that award is quite an honor, but at the same time, it’s reflective of the effort of everybody in this district." Huff

10:14, what a moronic statement. How awful that these people who invest 10s of thousands of dollars and 8-10 years of their life should get paid more than those who don't!!! Yes that doesn't seem fair at all. Happens everywhere, public and private sectors. Problem is there is so much pettiness in education....everyone thinks they do more than everyone else and that they deserve more than their neighbors. Don't forget...Fort had no problem taking her $80000 + job per year and not giving anything back to education. That woman is crazy.....was never an advocate for teachers when she was a highly paid administrator looking down her nose at others but all of the sudden is a teacher savior??? Wake up people!!!! Hey, maybe she can resolve this whole thing with a book study since that seems to be her only answer to everything..lol!!!! What a joke!!!

I agree with 10:14, and 10:36 sounds like a bitter bag. You know, many teachers have nearly as much education as their administrators, and many have much more experience. You can't use the number of years of education as an excuse for this, as some of the people on the list have no more education, and much less experience, than the staff. Dr. Fort earned her income, as her years of evidence shows. I'm going to guess you could use a book study. You seem short sighted and hateful. It might be a good growth experience for you.

And do remember, the people on this list do not have 8-10 years of education. A doctorate in education is not that difficult to obtain, and just how many people on this list have that? And how good a job did they do? And how far above the state average for educators are they paid? Do some research instead of knee jerk reactions. Then let us know what you find out. Some anger management therapy might not hurt, either.

The four people on this list who perjured themselves at Turner's hearing made $451,000. Add Klista Reynolds in place of Pitcher, since she has already fled the scene of the crime, and it's over a half-million paid to the people who attempted to destroy and discredit a man. 10:27 is correct. A soul really is worth a lot these days. I never thought you could sell your soul more than once, either, until Cj, after all the damage he did, received a severance package worth over $300,000 just to leave. What a horrible bunch of people to use as models of professionalism.

Where did 10:14 say they shouldn't get paid more? I don't see that anywhere. Please point it out to us since you are so obviously brilliant and informed. The gap between wage earners and administrators here is reflective of the pay in American in general. The top have received huge pay raises while the workers' pay is stagnant. If you aren't sure that is accurate go look it up. Your response reflects a personal issue and not a valid argument.

Bullshit! I would NEVER work for what I am worth. I would starve!

10:36 Just to clarify.when you led with "what a moronic statement," were you referring to all the baseless crap that followed?

The higher you are, the more you are paid. That's just normal. Most of the issue with these higher-ups is that many of them don't have much experience to back their positions. On top of that, they treat teachers terribly and non-certified staff even worse. Their idea of cutting costs is always at "the lower end of the ladder".
I believe there was a local university president that did not accept his raise. Maybe if the raises had all been for those not already making $90,000 or more, there wouldn't have been as much upset.
Maybe no raises for the administrators from the MODOT building and the biggest percentage of raises going up as you look down the ladder. Just a thought.

Is anyone else still wondering about Tina Smith's comment about how the salary committee had worked up lots of information but there was so much they didn't think there was time for everyone to read and understand it in a regular session?

That makes me think she doesn't want it out in the light of day.

I also would appreciate seeing the salaries and how they compare to average wage in our area. That's what she said, but she's really hard to believe.

Absolutely disgusting. Too many people in positions that shouldn't be. Bleeding the budget and taking tax payers dollars that would be better suited for the personnel that deserve it.

I agree with 10:27...and it was well written. This ridiculous mess with the "Top Ten " at the administration building and a few principals has been going on forever . Do they not realize how transparent they are ? Apparently not . Also , is ANYONE else tired of seeing the same picture of Tina Smith ? Not flattering at all.