Springfield man arrested after threatening to blow up church 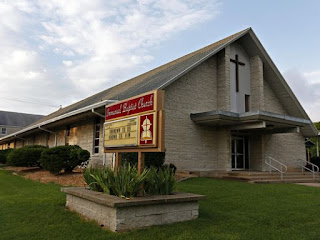 A man who is charged with threatening to blow up a Springfield church was given a suspended sentence earlier this year after violating a protection order, according to Greene County Circuit Court records.

The full order of protection was granted August 12, 2014, against Aaron Woodard with court records indicating he lived in the same house with the person who asked for the protection order.

It happened at Immanuel Baptist Church in Springfield on July 5th, more than a month after a mass shooting took the lives of nine people a South Carolina church.

On the Sunday morning in Springfield, 70 people were in Immanuel Baptist Church.

Court documents reveal Woodard said he was "going to murder everybody" in the congregation.

Thankfully, Woodard was escorted out and no one was injured.