Board approves Algebra I textbooks, eliminates tests for K-1 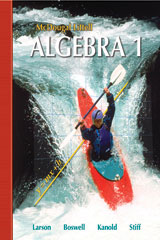 It wasn't a complete sweep, but Tuesday night's Joplin R-8 Board of Education featured more signs that the school district is rebounding from the dark days of the C. J. Huff Administration.

Among the most positive signs:

-The board approved Algebra I textbooks for the high school. Hopefully, this will be the beginning of a return to more textbooks in the classroom. The decision by the Huff Administration and the previous board of education to place all of its bets on computers has shortchanged Joplin students.

-At the request of kindergarten and first grade teachers, those classes will no longer be given the NWEA standardized tests. That was a big change from a year ago when the district agreed to spend approximately $300,000 over a three-year period for the tests, which are given three times a year. While the NWEA covers the elementary, middle school, and high school grades that were previously covered by McGraw-Hill's Acuity tests, Executive Director of Elementary Instruction Jennifer Doshier touted NWEA because its testing also includes kindergarten through second grade, which were not tested by Acuity. This year, Doshier changed her tune, explaining that the tests for the younger students were DEVELOPMENTALLY INAPPROPRIATE (the capital letters are taken directly from the power point presentation by Doshier)

-You couldn't convince Angie Besendorfer or C. J. Huff, but the distractions of bright sunlight pouring through the Joplin High School windows have caused problems since the school opened. The board agreed to spend $41,008 to tint the windows.

Not all of the signs were positive, however. Though, kindergartners and first graders will be excluded from NWEA tests, they are still going to be given to students in the other grades, on the idea, also being pushed by the Missouri Department of Elementary and Secondary Education, that we have to have more and more data. Dosshier, two principals, and two teachers, sang the praises of NWEA, in a scene reminiscent of a few months ago when Doshier, former Curriculum Director Sarah Stevens, and other true believers talked (and talked and talked) about how wonderful the Core Collaborative consulting group was. If there are any teachers or principals who have serious reservations about NWEA, they are obviously not going to be the ones chosen to make the presentations. Instead, Joplin will follow the example of schools across the country that are sacrificing instructional time on the altar of testing and data.

In other action, the board:

-Learned that security fencing will be placed around modular classrooms at Columbia, Jefferson, and Kelsey Norman elementary schools.

-Approved the bid for demolition of a parking lot at Irving Elementary.
Posted by Randy at 10:16 PM

So, that's great for the kids going into Algebra I. My kid already suffered through that. What about the other classes? Mine isn't going into DC or AP. They still get nothing? What about English and history? Nothing still? But we are still paying for administrators to take trips that no one probably needs. Are there not some areas that could be cut? It seems to this taxpayer that books are more important than most programs that don't really seem to help anyone very much. I want my kids to have a book for every class, but at least the core classes, please. Enough of the stupid computers. Even the kids will tell you they are a terrible distraction.

NWEA sucks. Takes up class time. My son got shut down in the middle of his test three times. Teacher was giving them a grade for taking the test. Stressed him out. What else could they have gotten for the cost of those stupid tests? All our kids to is take tests. No time for learning. Idiotic decision.

I thought NWEA was a huge waste of time last year. It didn't tell me one thing about my students I didn't already know. Lots of the students threw the test after the second go. They are tired of being tested. What happens to teachers now that test scores are tied to their evaluations? Kids will take those teachers down if they want to. Too much attention is paid to test scores and not enough to what is being taught and how. No one asked for my opinion though, so my voice and experiences with NWEA were not represented at the presentation. That is typical, isn't it? They find teachers who will say what they want said and everyone just goes along.

This is about a deal breaker. Between this and Learning Intentions, I have to say R8 is about the most ridiculous district I have worked in. I should have jumped last year, but I decided to stay based on the "changes" I heard were coming my way. I'm still waiting. So far it looks like more of the same.

12:03. I agree that there are too many tests but there are state requirements for accreditation that REQUIRE the districts to measure growth by student from year to year. Since they have different teachers every year there is no way to show growth from year to year even if you know where your kids are this year. As for teacher evaluations being tied to test scores, it is one element of the total evaluation. Since all raises are given to teachers based on length of service it doesn't effect the pay.

Finally..textbooks. Computers are so out of date.