Joplin R-8 officials on field trip: We didn't do anything wrong 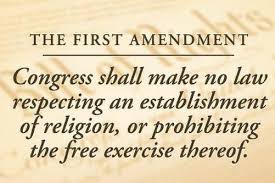 One day after Jane Doe filed a motion for summary judgment saying that her case that a May 7, 2015, North Middle School eighth grade field trip to Victory Ministries and Sports Complex violated the First Amendment's Establishment Clause had been proven, an attorney for the school district filed a motion saying the case should be tossed because school officials did nothing wrong.

The North Middle School rewards trip to the Victory Activity Center and Gym was a voluntary reward trip for qualifying students who adequately participated in the school’s MAP testing. The purpose of the trip was to reward the students with play time at the venue and was entirely secular in purpose.

The principal and primary effect of the trip was to encourage students to have good behavior and participation during MAP testing so they could qualify for a rewards celebration at a venue of the students’ choosing.

Allowing the students to choose their reward offered a greater incentive to work harder on the MAP testing, and, based on the student vote to go to the Victory Gym and Activity Center, the qualifying students were able to play games, such as archery tag, rock climbing, nine-square, dodge ball, basketball, video games, and table games, in an indoor facility with concessions available.

The rewards trip to the Victory Activity Center and Gym was the first trip to Victory taken by the North Middle School students and did not result in any excessive entanglement between church and state. The contract between the school and the private corporation was for the limited use of the private facility with the school staff to provide the chaperoning and control of the students.

The Defendants’ allowance of the school trip to the Victory Activity Center and Gym did not endorse any religion as any reasonable observer would not consider the school’s rental of the Victory facility for student play time to be an endorsement of religion.

Plaintiffs were not coerced to participate in the trip to the Victory Activity Center and Gym. Qualifying students were allowed to have a play day at either the student-chosen venue or at North Middle School. Parents were allowed to strike through the offending language in the Victory liability Waiver and Release Form and still allow the plaintiff-student to participate at the Victory facility. Moreover, Plaintiffs admit that the student did not even participate in the reward day, but stayed home instead.

What they fail to mention in their defense is that the district had to PAY this MINISTRY with public funds, probably per child. That in and of itself supports a church-like entity.

Just realized what 6:52 pointed out.

Hard to imagine how the defendants could have been confused about the name. Which isn't "Victory Activity Center and Gym", but is "Victory Ministry & Sports Complex".