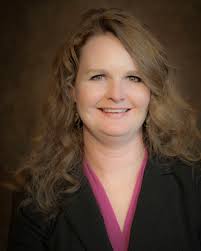 The Joplin R-8 Board of Education did not approve the bill for airfare for Communications Director Kelli Price and her assistant Whitney Warren to attend the National School Public Relations Association seminar in Chicago July 17-20.

The item was removed from the bill list that had been provided to board members. It was listed under U.S. Bank, indicating that the item had already been paid by credit card.

This was the second month in a row that an item had been removed from the bill list. Last month, it was $218 for former R-8 Superintendent C. J. Huff to travel to the Polsinelli law office in Kansas City to prepare for the P1 lawsuit.

Board members noted that Huff was already being paid a $50,000 "consulting" fee for his help in the lawsuits.

The board was told Tuesday night that Huff repaid the money.

Whether that will happen with the airfare for the NSPRA seminar remains to be seen.

Price and Warren were two of the employees who received hefty raises during the final days of the Huff Administration.

Price was given a new title of Communications Director and saw her salary increase from $48,053 to $63,000.

Warren, who was hired as an "events coordinator" became a "communications specialist" and received an increase from $38,475 to $42,000 a year.

More information about the NSPRA seminar, which will include a pre-seminar presentation from Huff and Bright Futures USA Executive Director Kim Vann, can be found at this link.
Posted by Randy at 6:03 PM

If they spent this money without getting higher level approval, they've set themselves up for firing.

Ridder plays a long game, so that's hardly out of the question.

Since Price got such a big raise, she can pay her own way. If she's going there to be a Huff cheerleader prior to the event, then HE can pay her airline tickets. Enough of milking our tax dollars for such drivel! Thank you, BOE, for sticking to your principles!

We don't need either one of them.

They are running a YOOGE PR operation, and using ALL the best buzzwords to git-r-dun!

Click your heels together three times and say 'It's all for the kids!'

On whose credit card was the airfare charged??