Probable cause statement: Greathouse strangled Joplin woman, dumped her body in mine shaft 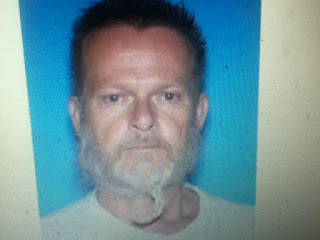 The Jasper County prosecuting attorney has filed first degree murder charges against Todd Greathouse, 54, Webb City, in connection with the death of Anita Dunn, 61, of Joplin.

Greathouse is being held in the Jasper County Jail in lieu of a $200,000 cash-only bond.

The case against Greathouse is spelled out in the probable cause statement from Cpl. Luke Stahl of the Joplin Police Department:

Greathouse drove from his residence (1715 Prairie Flower Road, Webb City, 64875) to the victim, Willana "Anita" Dunn's residence (1101 S. Jackson Ave.). Greathouse and Dunn got into an argument and during the argument Greathouse strangled Dunn until she lost consciousness.

He then used a cord from a lamp and strangled Dunn until he was sure she was deceased. After Dunn was deceased, Greathouse carried her to his 1998 Volkwagen Beetle (Missouri License Plate SN0A9U)  and placed her in the trunk.

Greathouse drove Dunn's body to the area of 1745 Pump Lane, Joplin, Jasper County, Missouri, 64801. Greathouse used wire and weed eater cord and tied Dunn to a rock; he then dropped Dun's body into an abandoned mine shaft filled with water.

Dunn's body was located in a flooded mineshaft in the area of 1745 Pump Lane. Dunn was tied to a large rock by wire and weed eater line.

Todd Greathouse did commit the crime of Murder in the First Degree by knowingly causing the death of Willana Dunn after deliberation upon the matter.
Posted by Randy at 3:47 PM