Court filing offers look at breakup of Wallace and Bajjali 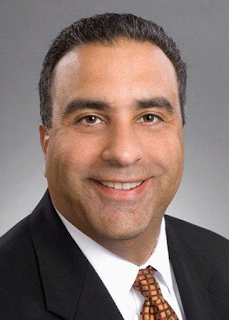 A counterclaim filed by former Joplin master developer Costa Bajjali in an adversary lawsuit in U. S. Bankruptcy Court for the Southern District of Texas offers Bajjali's version of his split with business partner David Wallace.

Bajjali said Wallace had spending more and more of his time working with ZT Investments, a Houston firm, which led Bajjali to ask ZT and Wallace to buy out his interest in Wallace Bajjali Development Partners in April 2014.

When August arrived and Bajjali still had not heard from Wallace or ZT, he asked Wallace what was causing the holdup.

Wallace said "they were doing due diligence," according to the court document. Wallace assured Bajjali, "We are very close to a deal."

The deal never happened. "It is now clear and evident to Bajjali that David Wallace and defendants (ZT) were conspiring to push Bajjali out of WBDP."

According to the court filing, on August `13, 2014, Wallace "triggered a hostile buy-sell via an e-mail he sent to Bajjali while Bajjali was in the middle of a business meeting in Houston."

Bajjali's filing was part of a countersuit against ZT Investments, which is suing Wallace and Bajjali in Bankruptcy Court.

Eventually both Bajjali and Wallace resigned from Wallace Bajjali Development Partners and offices were closed in Joplin and Texas.

You get the idea these guys spend more time in court developments than land developments.

What a bunch of broke ass wankers.

They are a bunch a losers who used people's money to advance their lavish lifestyles, and then crawl to bankruptcy. Wipe their hands clean. And the stupid laws of this country allow this criminal activity to go on. I hope somehow somewhere the people who got robbed and cheated get justice. They both need to go to prison and rot there just like Madoff. Frishberg and Kaleta are another two crooks who have escaped justice. Its heartbreaking to see it.

when that bastard of David Wallace had a chance to drown, he should of drowned and all the investors would have their money in their pocket and Joplin would be in a much better place today. POS. I hope he rots in jail.

Well well,We have our own guys in Joplin that rival Wallace...like Rob Obrian and Landis for a few...

If these two had not robbed Joplin blind, it would have been somebody else, but somebody would have done it. There were just too many folks in authority who were looking for a rainbow and ready to jump on board with any scheme which looked like it would satisfy their dream and fit their agenda. In short, they were ready for the first snake oil salesman to come along and Joplin was awash in money. It was going to happen regardless and these two guys were just the first two in the door.