Latest nonsense: No one will want Joplin superintendent job 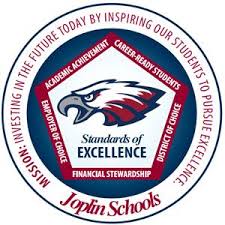 Any time anyone has the audacity to stand up to the powers that be, there will be people claiming that all of the controversy will have a detrimental effect on the community.

An anonymous comment on the Turner Report earlier this week made that point:

As horrible as Joplin people treat their superintendent, it'll be a miracle to find someone decent who'd want to come here.

The same kind of nonsense was being spouted by Joplin R-8 Board of Education member Lynda Banwart in an article in Friday's Joplin Globe:

The idea that the controversy that surrounded former Superintendent C. J. Huff is going to make it hard to find someone willing to come to Joplin is ridiculous.

Joplin has become a challenge, a school district that could be a launching pad for a successful administrative career or a crowning achievement to cap off a long career in education.

This should ensure that we have some top-flight candidates.

It will not be too hard for a solid superintendent to make a favorable impact on this city. All we have to do is look at him or her and say "It's not C. J. Huff." This is not just the way I look at things from my obviously biased viewpoint. I have had businesspeople and educators, both in and out of Joplin, who have said that the bar has been set so low by C. J. Huff that anyone who keeps their hands out of the till and does not commit an ax murder will be a success.

The controversies of the Huff era should not concern his eventual replacement. The new superintendent will face problems, but they won't come because of a divided community.

By the time, the new superintendent goes to work, it should be clear that the R-8 School District has severe financial problems.

Already, district officials are preparing, though they have not said so publicly, to have to make a seven-figure payout by the time the suit and countersuit with the P1 Group is settled. While it is doubtful, the firm will get the more than $6 million it is seeking, the district could easily end up paying as much half of that amount or even more.

Another problem is the "errors and omissions' that the district has submitted to FEMA for reimbursement for the building projects. Errors are one thing, but the "omissions" are primarily things the Huff Administration decided to add without consulting FEMA and now wants to have reimbursed. Turner Report readers will remember CFO Paul Barr's statement at a board meeting of the district's $8 million dollars in "might-as-well" spending for items that included lighting for all practice fields at the new high school, extra tennis courts, artificial turf for all fields, and a new track. While that $8 million is memorable because of Barr's noting that they decided they "might as well" buy those things, the same kind of thinking was used at all of the new buildings. Reportedly, some of these errors and omissions have already been rejected by SEMA and district officials are trying to get FEMA to overrule the state agency. Whichever way it works, taxpayers will end up getting soaked.

The new superintendent will likely still be dealing with the remnants of the Huff Administration including two people who are paid more than $100,000 (total, not separately) to provide public relations and community outreach. In other school districts where dollars are scarce, the top administrators are the ones who handle the public relations, while everyone who works for the school is responsible for community outreach. One of the last moves Huff made was to give his newly-titled communications director a raise of $15,000, at the same time that classified personnel received no pay increase and teachers received a small one.

And there are still some top officials  here who were hired during Huff's tenure and act as if nothing has changed.

A lack of veteran teachers

The new superintendent is also going to have to deal with an inexperienced teaching corps since more than half of the district's teachers left during the last four years Huff was here. Even with Huff gone, the migration has continued. Part of that is due to the delay that occurred when Banwart worked with Huff and former board member Mike Landis to reject the will of the people and have the Jasper County Commission appoint three board members to replace Landis and Steele, who quit when things did not go their way, and Lane Roberts, who was elected even though district patrons knew full well he could not serve so the district could get rid of Board President Anne Sharp.

More than half of the district's teachers have been here less than five years. More veteran teachers may well hit the road before the new superintendent arrives.

Perhaps the situation will change by July 1, 2017, but one problem that has faced Interim Superintendent Norm Ridder is that C. J. Huff and the Panera Mafia still think they are running Joplin Schools and considering that some of the people who meet regularly with Huff are still making decisions for the school district, they may have good reason to believe that.

R-8 taxpayers will continue to pay Huff's salary through the end of calendar year 2016, so maybe he will finally depart in 2017, but there is a good chance Huff's presence will serve as an irritant to his successor, as it has to the interim superintendent.

Without a doubt, the person selected by the Board of Education will have no easy task awaiting, but do we really want a top administrator who wants to come in and coast and collect a paycheck?

Thanks to the PR job C. J. Huff, at the taxpayers' expense, did, and his continuing "we will have school" speaking tour, it will appear to those outside of Joplin that the new superintendent will have big shoes to fill.

In Joplin, we know better and any applicants who do more than a cursory job of researching the school will find out that being superintendent here is a job well worth taking. The people of Joplin will welcome anyone who comes in and puts the needs of the students and the taxpayers above his or her own.

Sorry Turner but there is at least some truth in the statement. There are people who will want the job but they won't be the caliber Joplin wants. Yes, it is partly due to the things you listed and definitely due to Huff. And it's also true...candidates that are qualified will do their homework, Google, talk to other superintendents, etc....if they are smart. So yes, Banquet is correct....as bad as you are in denial on this. Lastly, you Turner have to at some point accept that the continued bashing on here and providing a forum that breeds negativity is also partly to blame. Maybe I am wrong....I hope I am because this mess needs to begin to heal and it really doesn't feel like it is. Look in the mirror. Sometimes it's an enlightening experience.

Hey, I absolutely cannot refute the evidence, testimony, and community input that this forum has provided. So if you would please "leave Britney alone," the shadow warriors could return to their positions of power, shielded by the bought and paid for local media and their CARTish masters. So,Turner and his readers just need to stop it..you know the bashing and stuff (;

Thank you very much.

If, as a public servant, the idea of being subject to public scrutiny scares you off, then you are not qualified for the job.

8:11: you know good and well it's not about being held accountable for public scrutiny. Anyone with any intelligence would simply look for a better situation, a more positive environment in a more progressive community. Nice try though.....

616 is off base.Without the Turner Report we'd still have Huff,Landus,Sharp,etc...Let the process work with the headhunters.Challenges we have... are they unique? No. Thanks Randy for keeping people informed!

9:11, I have interpreted your argument thusly, please correct those points where you feel I have misrepresented you:

"You're a dummy and you're dumb and you know that, so good job being dumb, dummy! Now let's all be more positive!"

when is the financial storm coming? we've been hearing about it for some time now

6:05: your lack of comprehension on this topic warrants no response. Good luck trolling!

Billy Long voters sure are slow to comprehend.

The financial storm happens when Uncle Sugar tells R-8 to pay for it's "might as well" spending, and the other chickens come home to roost.

8:11--There has to be some kind of financial problem when businesses don't want to deal with R8 since they're late paying their bills.