Eggleston: No parent complained to me about field trip 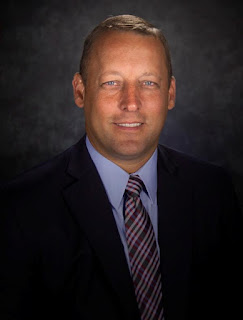 In a sworn affidavit filed today in U. S. District Court for the Western District of Missouri, North Middle School Principal Brandon Eggleston said no parent had complained to him before or after the May 7, 2015, eighth grade field trip to Victory Ministries and Sports Complex.

Eggleston noted that no complaints were made about trips that had been taken to Victory the previous weeks by sixth and seventh graders.

The affidavit was part of evidence submitted by the Joplin R-8 School District's attorney to support a motion for summary judgment.

The district, Eggleston, and Interim Superintendent Norm Ridder are being sued by Jane Doe, a parent of a North student who was allowed to file anonymously because of fear of reprisal against her and her family.

There was never any time in which any type of academic or religious activities were planned for any of the qualifying eighth grade students during the rewards trip time, whether at the North Middle School gym or at the Victory facility.

The rewards trip to Victory was not required in any manner and the time for the rewards celebration was set aside merely to allow the students to have a play day after their MAP testing.

On May 4, 2015, I received the first objection, via e-mail, to the trip. I responded to Mr. Cravens' (Executive Director of Secondary Instruction Jason Cravens) request for details about the rewards trip and later again confirmed that nothing was planned for the students during the time of the trip to Victory.

I received other e-mails regarding this trip, but none were from parents or guardians of our students and no parent ever contacted me questioning the activities planned or the facility at Victory.

Victory confirmed that there would be no religious activity in any manner and further informed me that if parents were to mark through the religious study language (or paragraph 6) on the Victory liability waiver and release form their child/student would still be allowed to enter the Victory facility and participate fully in all of the games at Victory.

Because I had already attended the MAP rewards trip at Victory for the sixth and seventh grade classes in April and no religious activities occurred during that trip, I was confident that there would be no religious activity occurring during the eighth grade field trip scheduled for May 7, 2015.

However, before the trip and in an effort to keep my teachers informed, I briefly met with the teachers who would be attending the trip as teacher-chaperones to inform them of the e-mailed concerns that I had received, to remind them that religious activity could not occur on the trip any differently than it could occur in the classroom and to pay attention and if they noticed any religious activity or conversations occurring, they were to notify me immediately, just as they would normally be required to, and the trip would be ended.

Because the very worst thing that middle schoolers could hear about would definitely be Jesus.... /s

Historically our schools taught God in their daily lessons. The Progressive movement has removed and erased our heritage and replaced God with government.

The founding fathers put the words "in God we trust on our money"!

The US Supreme Court's second ruling required all elementary, middle school and high school students to pledge allegiance to God AND country every day!

The first nationwide referendum decided to send White Russians to invade the commies and rescue the Orthodox Church in Siberia at the end of the First World War!

LifeChoices addresses the root of unhealthy sexual decisions through Connection Institute, its preventive services arm. In this 10-day program, trained youth service providers go into public classrooms with medically accurate and age-appropriate teaching that results in attitude and lifestyle changes. In a nonjudgmental way, speakers inform students of their options and empower them to make healthier choices regarding relationships, dating, love, and sex. They teach the benefits of saving sex for marriage.

These high-energy sessions deal with real-life issues. Student responses include: “Why has nobody told us about this information?” “Thanks for giving me a future.” “They taught me about girls.” “They showed me forgiveness.” During 2011, more than 8,100 young people from 12 school districts participated in these programs. In the last 14 years, more than 100,000 junior and senior high students have been educated through Connection Institute programs.

Joplin Schools Superintendent C. J. Huff expressed his appreciation for the program: “I can’t even begin to tell you how many positive comments I’ve heard about the LifeChoices [events] you and your staff did with our kids. I truly appreciate the innovative approach to a challenging conversation with our teens. Thanks so much.” Churches, civic groups, and other agencies also host LifeChoices presentations.

Where was this offsite? A church? That's where a number of other local districts have their students for "Man Up".

The program emphasizes abstinence with a discussion of how contraceptives work and the risks of sexually transmitted infections.

Joplin Schools Superintendent C.J. Huff, Phd. says there is a need to do more at the high school level.

"Teen pregnancies are 15% higher than state average so there's an issue in this area that needs to be addressed," says Dr. Huff. "The 'Man Up' - 'My Life' program is one way going about awareness with kids have important conversations with kids that need to be had, but might not be happening in the home."

Recently the district took high school students off site to participate in a supplemental program called "Man Up" for boys, and "My Life" for girls.