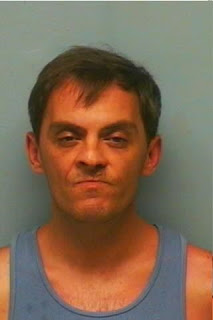 A Joplin, Mo., man was sentenced in federal court today for the sexual exploitation of two child victims.

James Hajny, 51, of Joplin, was sentenced by U.S. District Judge M. Douglas Harpool to 100 years in federal prison without parole. The court also sentenced Hajny to spend the rest of his life on supervised release following incarceration.

On Jan. 17, 2014, federal law enforcement agents received a CyberTip from the National Center for Missing and Exploited Children regarding an e-mail that contained child pornography. The e-mail included a pornographic image of a 7-year-old victim, identified in the indictment as Jane Doe #2.

On May 14, 2014, federal law enforcement agents received a referral from the Queensland, Australia, Police Service regarding a user – later identified as James Hajny – uploading child pornography to a Russian-hosted Web site that allows users to store and share images. Among the images of child pornography were seven photos of a 9-year-old victim, identified in the indictment as Jane Doe #1. Hajny’s user information for the Web site stated, “I am into younger girls and boys ages 8-13 also into taboo.”

Agents executed a search warrant at Hajny’s residence on May 16, 2014. Gina and James Hajny refused to allow officers to enter, attempting to slam the door shut. Officers were able to push the door open and enter the home. James Hajny was patted down for officer safety and a marijuana pipe was located in his front left pocket. James Hajny was placed under arrest for possession of drug paraphernalia.