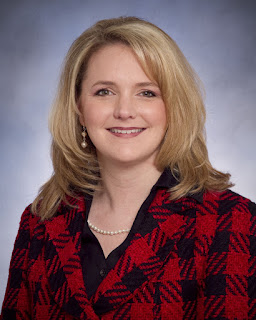 Our farmers and ranchers form the backbone of Missouri. Every day, men and women across the state wake up before dawn and do hard work to make quality, affordable food for our families.

But not everyone recognizes the important role of agriculture in Missouri. Activists and bureaucrats have attacked our farmers and ranchers. They've come after our family farms with crippling regulations (from Washington and Jeff City), reckless lawsuits, and political threats. This affects all of us. Our state depends on agriculture for food production and job creation.

Today, I'm proud to welcome an outsider and a champion for agriculture to our team - I have selected Chris Chinn as the next Director of the Missouri Department of Agriculture. Chris is a fighter who cares deeply about our farmers because she is one. She's fought hard for her family farm and for the tradition it represents. Now, she's ready to fight for you.

Watch Chris Chinn tell the story of her farm.

Chris and her husband are fifth-generation farmers. They raise hogs, cattle, corn, soybeans, and hay on their farm in Northeast Missouri. It’s tough enough to run a successful farm, which the Chinns do, but Chris is also a leading agriculture advocate. She has become a voice for Missouri farmers, and she has repeatedly stood up to critics and activists. She writes and speaks around the state and country about what a farm can do when it is run with care.

Her words and actions have been widely recognized. In 2013, she was selected by the U.S. Farmers & Ranchers Alliance as one of their Faces of Farming & Ranching, an honor given to just four outstanding farmers in the country. Chris has given hundreds of speeches around the country defending farm families and sharing the values that make farming such a vital profession.

Her new mission is clear: to protect and promote agriculture in Missouri so that her kids can grow up to be the family's sixth generation of farmers. She understands that we have a great opportunity before us. We need to double world food production in the next generation. Missouri’s farmers and ranchers can lead the way. They can meet that challenge and make the state of Missouri a national leader in food production. Chris and I are both deeply committed to that vision and will work to make it a reality.

During the campaign, we heard one simple message from farmers: let us farm. Keep the lawyers, activists, and federal government off our backs. Chris understands this struggle better than anyone, and we will work every day to uphold the proud tradition of Missouri farming. It's my honor and privilege to welcome her to the team.
Posted by Randy at 4:38 PM