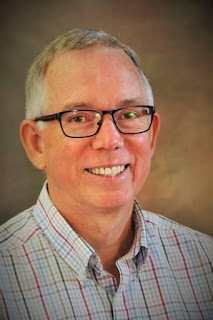 Pastor Randy Gariss, a nationally known speaker on issues of leadership and justice, will be the featured speaker at the Missouri Governor’s Prayer Breakfast, on Thursday, Jan. 5, at the Capitol Plaza Hotel and Convention Center in Jefferson City. The Prayer Breakfast is an annual inter-faith event for all leaders and citizens of Missouri; its purpose is to seek God’s guidance for the state’s governmental leaders at the beginning of the legislative session.

Pastor Gariss is the Director of the Life and Ministry Preparation Center for Ozark Christian College, in Joplin. He previously was the preaching minister of College Heights Christian Church and was the keynote speaker at the Prayer Breakfast in 2012. The event will also feature prayers, scripture verses and special music from the Blair Oaks High School Select Choir.

Tickets for the Governor’s Prayer Breakfast are $35 per seat or $350 per table, and may be purchased online at missourigpb.com. Questions about the breakfast or about ordering by mail may be sent to breakfast@missourigpb.com; the event also has a Facebook page. Seating of guests the morning of the event will start at 7:10 a.m., with the breakfast beginning at 7:30 a.m. and ending at 9 a.m.

Proceeds from the Governor’s Prayer Breakfast support the Governor’s Student Leadership Forum on Faith and Values. The forum, which will be in its 30th year, brings together select Missouri college students from public and private universities for a three-day study of faith and leadership. Participants explore the role faith has played in the lives of business executives, sports figures and government officials.

As Director of the Life and Ministry Preparation Center for Ozark Christian College, Randy Gariss and his wife, Julie, coach, mentor and stand beside college students processing their life formation, education, and first church ministries.

Previously, for 33 years, Randy had been the preaching minister of the College Heights Christian Church in Joplin; a congregation with an extensive ministry with the poor and in helping to plant the church in restricted or closed areas around the world.

College Heights played a significant role following the Joplin tornado. Randy served as the host of the national broadcast of the Memorial Service that included President Obama and Gov. Nixon.

Randy often speaks nationally and globally on issues of leadership and justice, and is a frequent speaker on college campuses. He is a contributing editor for The Christian Standard magazine, and currently serves on the Joplin Habitat for Humanity board. His greatest passion, in his own words, is simply to be a Christ-follower.

Randy and Julie have been married for 41 years and have three children and eight grandchildren. His bio notes with humor that as a hobby, he makes custom furniture and forces it upon his family.
Posted by Randy at 4:14 PM

Randy Gariss is an excellent choice. Great man of integrity.