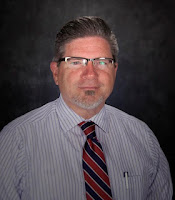 Veteran educator Steve Gilbreth will get a chance to return ot what he loves best- working with students and teachers.

Gilbreth, who has been assistant superintendent of learning services for the past two years, will be Joplin High School principal for the 2019-2020 school year.

Gilbreth is no stranger to the building administrator role. Before moving into upper administration, Gilbreth served as principal at South (formerly Memorial Middle School) for 12 years.

The announcement of Gilbreth's position came in the same building, the Memorial Education Building, where he met his greatest challenge as an administrator and played a key role in keeping Joplin from being another school district on the list of those that have had school shootings.


On October 9, 2006, a 13-year-old student brought an assault rifle into Memorial Middle School, shot one round at the ceiling and then pointed the gun directly at Gilbreth, who had stepped into the shooter's path in an effort to stop him and save the students, teachers, and staff in the building.

The teen's gun jammed, according to law enforcement officials and he was subdued.

Since that time, Gilbreth oversaw the move from Memorial to the new South Middle School, and became one of the few principals who were there at the beginning to survive the C. J. Huff/Angie Besendorfer administration.


Gilbreth began his career teaching technology, reading, and communication arts at North Middle School for five years. He was assistant principal at North for three years before becoming principal at Memorial.

Gilbreth received his bachelor’s degree from Missouri Southern State University in English Education, his master’s and specialist degrees in Administration from Pittsburg State University and his doctorate in Educational Leadership from Saint Louis University.
Posted by Randy at 4:44 PM

This is the best news!

This IS the BEST NEWS!!!! This move is an answer to many many prayers. Dr. G is a top-notch educator and is so in-touch with the students - as a parent, you feel it the moment you walk into one of his schools. Being a Principal is truly his calling. So happy to see him back on the front lines where he is able to positively influence and lead our students and teachers!

Dr. Gilbreth is AWESOME! I hoped he gets the support and time it takes to get things going well.

Awesome guy. But remember, if a few cancerous teachers turn on him, they can just run to Fort and Martucci in order to get him fired. So Dr. Gilbreth, just make sure you don't challenge any teachers or try to set the bar very high for them. They dont like that at JHS.