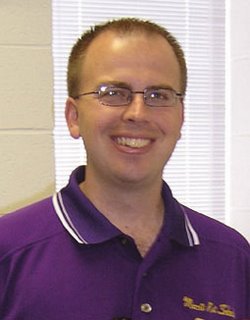 In an article in the Monday Monett Times, Former Lamar High School teacher (and LHS graduate) Dr. John Jungmann, now Monett Middle School principal, related his school's strategies which brought a stunning increase in MAP scores.
Jungmann, as Lamar readers will recall worked his way through high school as a sports reporter for the Lamar Democrat, and later was the sports reporter for the Lamar Press when we published that newspaper from August 1996 through July 1997.
Posted by Randy at 4:16 AM