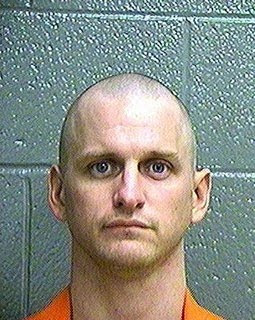 A 1:30 p.m. Feb. 1 preliminary hearing has been scheduled in Ottawa County District Court for Turnpike Killer Paul Wesley Murray, who was arrested Nov. 30 on numerous felony charges after being released early from state prison.

Murray waived the reading of the charges against him today during his arraignment.

Murray pleaded guilty in 1998 to second degree murder in connection with the Jan. 10, 1994, death of Sheila Mayfield, 25, Jasper, who was killed when a rock thrown from the Will Rogers Turnpike crashed through the windshield of the car she was driving.

His latest arrest came less than four months after his early parole. Murray is being held in lieu of $100,000 bond at the Ottawa County Jail after being arrested on charges of burglary, larceny, driving under the influence, and assault and battery

Murray, who was not scheduled to be eligible for parole until January, was released in August, according to Oklahoma Department of Corrections records. And this is not the first time, Oklahoma officials have released Murray even before his parole hearing was scheduled.

More information about Paul Murray's background can be found at this link.
Posted by Randy at 9:24 AM