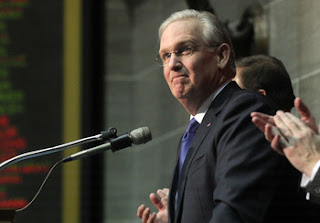 Five years after an EF-5 tornado devastated the city and claimed 161 lives, Joplin continues to rebound. Gov. Jay Nixon today applauded the fact that new estimates from the U.S. Census Bureau released just this morning show the City of Joplin’s population continues to grow and has reached an all-time high. The new figures show Joplin reached a population of 51,818 in 2015, up from 51,140 in 2011, before the tornado; Joplin first surpassed its pre-tornado population high in 2014, when the population reached 51,324.

“Today’s Census figures provide further confirmation of what the nation has witnessed these last five years,” Gov. Nixon said. “Joplin is a shining example of what hard work, determination, faith and an indomitable spirit can accomplish – a vibrant, growing community with an expanding economy and an incredibly bright future.”

The Governor also announced the launch today of a new website, “Joplin Rising,” that provides additional information, photos and video on the city’s incredible progress in the areas of business and jobs, population and housing, schools, health care and mental health. Also featured are the roles that Joplin residents, the faith community and volunteers from around the world played in the revitalization of the region after the tornado.

Gov. Nixon will be in Joplin on Sunday (May 22) to speak at two ceremonies: the graduation commencement for Joplin High School, to be held at 2 p.m. at Missouri Southern State University; and the Hope ceremony, to be held at 4:50 p.m. at Cunningham Park, remembering the anniversary of the tornado.
Posted by Randy at 8:51 PM