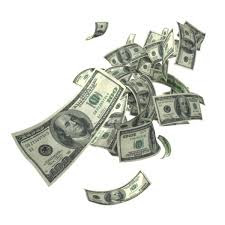 The unsuccessful race to get Joplin High School open on time in August 2014, has cost the R-8 district millions and the price tag continues to go up.

Board of Education bills indicate the taxpayers have paid half a million to the Polsinelli PC law firm of Kansas City to sue P1, the Lenexa, Kansas, electrical contracting firm that worked on the high school and to defend against the firm's countersuit.

The district sued P1 shortly after it was hit with a $7 million bill. The lawsuit alleged that P1 did shoddy work. Despite this supposed shoddy work the district has continued to work with P1 and in fact, paid the company $104,524.26 as recently as April. Knowing that a lawsuit was coming, the district hired the Polsinelli firm and filed its lawsuit first. P1 filed a counterclaim asking for more than $6 million.

The company says it incurred that much expense, primarily due to overtime and extra costs brought on by Huff's push to get the school opened to meet his promise of starting school on time, a sort of companion promise to the one he made in May 2011 that school would start on time just three months after the Joplin Tornado.

The board documents indicate taxpayers have paid at least $499,305.31 in the past nine months to Polsinelli, broken down as follows:

The half million figure does not include the $50,000 the district is paying Huff to serve as a consultant on the lawsuit. As the Turner Report noted earlier today, Huff will be deposed by P1's lawyers on June 30 at the Polsinelli offices.

All for the kids!

Randy, has there been anything on the school storm shelter installers who said, about a year ago, they had gone five months without pay?

10:03 storm shelters are a joke,go look at them, all are leaking. Not really shelters, but over priced gyms. Don"t believe it? go look at Columbia then Dueneweg you'll see the difference.