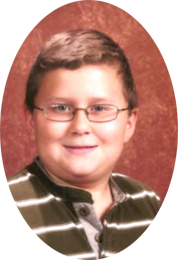 Though Joplin High School officials made the decision not to place an empty chair at today's graduation ceremony for Zach Williams, an East Middle School seventh grader who was killed five years ago during the tornado, one of his classmates took the initiative and did it on her own.

KOAM reports that one of my favorite former students Kagan Hoffman made certain that her friend and classmate was a part of his commencement ceremony:

Senior Kagan Hoffman brought a photo of Zach Williams, her classmate that passed away in the Joplin tornado. Hoffman spotted an empty chair and passed it along to place there. A very public battle between Joplin schools and the family of Zach Williams took place in the months leading up to graduation on how his death should be honored. The school declined the request to save a seat for Williams.

"I saved a seat for Zach because I felt that no matter what he was a part of our class, and any parent would want to see their child be acknowledged for their academic achievements, he definitely deserved a spot in our graduating class even if he didn't finish," Hoffman said.

My guess is that a large number of Kagan's classmates saw things exactly the way she did. 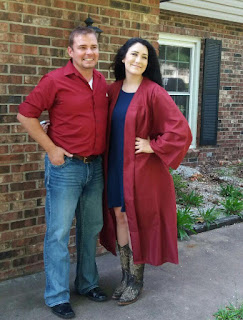 I guess she loved him more than her classmate that died tragically earlier this year. Why not do this for all of them? If this was about the family it would have been classy to let the family know quietly. This was a political statement to say our generation can do whatever we want and don't have to follow the rules. Way to go!!!

That is ridiculous. Please show me where she broke any rules.As for the business about it not being classy, it is not as if she contacted the media and announced it. You can credit the reporter for b eing observant enough to notice. Of course, my guess is this is just another comment designed to get people riled up. Most people do not find it imperative to criticize someone for doing what he or she thinks is right, especially when it involves remembering someone who is no longer with us.

So many "anonymous" posters, quick to criticize, from the dark, in hiding. If you have something to say, own it, and stand up for it.

This gives me faith that those who will be entering the workforce in the next few years will do so with integrity and a sense of what is right and important. Way to go, young lady!

The minute you labeled yourself as anonymous was the minute your comment became null and void.

That is the true political statement of today.

God bless this senior. What a great moment for Tammy my and all of Zach's friends.

I wish I could expose anonymous! Way to go Kagan Hoffman!

A political statement? There are plenty of ways for kids to try and prove their adulthood or right to do whatever they want, and honoring a classmate who passed on with a chair at graduation is literally nowhere near the list of methods for rebelling. The act was done quietly. She did it without letting anyone know. Political? Good God. No.

I for one am extremely proud of this outstanding young lady. She did NOT, as some have remarked, make any sort of a political statement, what she did was to honor her classmate. Something that school administration refused to do. East Newton honored TWO of their classmates. Rowan Ford who was murdered her fourth grade year, and Katie Heilig, who died in an accident her sophomore year. Both of those precious young girls were my fourth grade students. I could not be more proud of their classmates, and am just as proud of Kagan!

What about Micayla and Hailey?

This was a wonderfully kind thing to do. With all the hate speak around, it was such a blessing to hear this story. It cost nothing to make people feel better. Thank you Kagan!

Harsh words are what this article inspired you to write? Bless her heart for doing something she felt was right. If this is the worst of "breaking rules", more power to her. If you've been following the story of Zach's family, you should be aware and acknowledge the fact that his family was not only fighting for the right to have Zach represented at graduation, but all those who have been lost due to the tornado or otherwise. This young lady did not do this as a political statement, but as an act of kindness to his family. From what I understand she knew Zach and had a personal interest in him being represented as a friend. While I respect your right to your opinion, I feel your logic is a bit off and it sounds like you're a little jaded when it comes to this generation. We should support those that do what they feel is right while not hurting others and not doing it for personal gain. That should be celebrated instead of being grouped into the stereotypes of said generation. Bravo,Kagan. The world could use more like you