Lenexa firm's lawyers to get crack at C. J. Huff 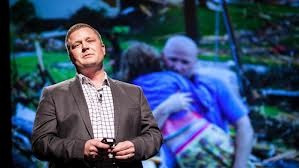 Attorneys for the P1 Group, the Lenexa electrical contractors who handled the Joplin High School project, will get their shot at deposing former R-8 Superintendent C. J. Huff beginning 9 a.m. Thursday, June 30, in the law offices of Polsinelli PC, the firm that is representing the district in its lawsuit against P1.

According to the notice of the deposition, which was filed this week in U. S. District Court for the Western District of Missouri, the questions will continue "day to day until completed."

The district brought its lawsuit, which accuses P1 of doing shoddy work, only after it realized that P1 was preparing a multi-million dollar lawsuit against the district, for not paying the money P1 says it is owed.

P1 filed a counterclaim, which says the district owes more than $6 million, primarily because of extra overtime and costs associated with Huff's unsuccessful effort to get the building opened on time in August 2014.

The P1 counterclaim is one of the lawsuits against the district which is covered by the $50,000 consulting fee Huff was paid as part of his separation agreement. It was made clear at the press conference that introcued Interim Superintendent Norm Ridder that the "consulting" would not have anything to do with Huff offering advice to Ridder, but was to cover the lawsuits that Huff attracted during the final years of his seven-year tenure.
Posted by Randy at 5:31 PM

There are SO many things wrong on that building.

Huff does not care if the district wins or loses. We will pay for this.

Huff does not care if the district wins or loses.

If he's got a clue, he actually does. A loss will result in a huge black mark on his record, with the district paying out millions of dollars it can ill afford to spend (wonder why the raises this year are so meager?). Any dream he has of becoming a superintendent in a district of any size (certainly one large enough to minimally support his ego) will be even more delusional.

We will pay for this.

That, unfortunately, is almost assured. The district has to hope the law is on its side, like change order paper work not being done just right, for it sure looks like the facts are not on its side.