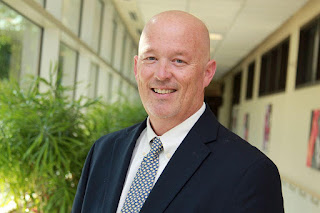 Mercy McCune-Brooks Hospital Administrator Robert Scott Watson was arrested by the Joplin Police Department July 2 on a charge of driving while intoxicated.

The arrest occurred three weeks and two days ago, but at this point, the prosecuting attorney has not filed any charges.

Judge Joseph Hensley issued a stay order enabling Watson to be able to continue driving until a hearing is held. That hearing is scheduled for 1:30 p.m. September 16.

Does anyone need more proof that they protect their own?

Without that test they really do not have a case. As an attorney, I suspect that Scott also refused to take the field sobriety test which means there will be no points of probable cause. The only action left for the state is the automatic suspension of his driver's license for a year. This is the difference between case law and street law and Scott did nothing more than wisely choose to exercise his rights.

Has this DWI case been reported in the Globe or on local television stations???

It is not a case. This is strictly a State Administrative Procedure.

"It is not a case. This is strictly a State Administrative Procedure."

Most people you and I know wouldn't be this lucky.

Isn't there a procedure to obtain a blood sample by warrant when necessary? Whoops guess maybe it wasn't "necessary" to obtain a warrant in this case.

Whoops, shouldn't even use the word case this way I guess.

If Scott refused to do the the field sobriety test and the breath test, then there were not enough points of probable cause to exercise a warrant. You see, most people are not clear headed enough to know that they are better off refusing to take the tests and facing the administrative action of the state. No big secret there, the law allows for refusal.

I am sure it was his first time driving under the influence, if he was, and it will never happen again, if it did.(Dr. Allen Marble defense) One must wonder how MADD and the Sister's of Mercy would feel about this if they were to find out.
He may well have exercised his lawful rights but it sure looks like he forgot to exercise "good judgement" by getting behind the wheel, which goes to my point of his employ at Mercy.
Geeze

Anyone ask Mr. Dankelson why no,charge is filed? Too busy campaigning or collecting another donation for a "favor."?

Everyone needs to link this story to their social media outlets of choice. It needs to be known by everyone using the Mercy system,and for everyone who has an interest in equal justice in our SW Missouri Court systems. A "stay"! Really judge! I really have to wonder how many "stays" this judge has issued in D UI's? The number is probably equal to the number of lawyer's doing corporate work. The local power players will be circling the wagons if this gets out. Watson is no liberal, which means he sits on the right.

Yep Kevin Cure was vilified in the press, where's the outrage???

I apologize for neglecting this. Though the administrative action was filed in Jasper County, the arrest was actually made in Newton County and if it goes anywhere, which depends in large part on the hearing mentioned in the post, it will be to Joplin Municipal Court.

Seriously people where is it you're guilty until proven innocent it should be the other way around we are innocent until proven guilty. Furthermore he exercised rights that all of us have. I am not a drinker and I don't drink and I don't think people should drive drinking. But I still believe someone's innocent until proven guilty. And those of you that want him to lose his job shame on you. Let he who is without sin cast the first stone. All of us have done things in our life that we're not proud of but you should not wish it I'll on other people. If he wasn't a big guy at Mercy this wouldn't even be in any news at all.

Katelyn, if Watson wasn't a big guy at Mercy, he'd be walking or hitching a ride like those of us who are not big guys at Mercy. The Law says if you don't accept the breathalyzer, you lose your license. For 99% of us, that's exactly what happens. For those who have influence with the Courts, it doesn't happen.

It's called "due process". Constitutionally protected regardless of who you may be.

Anoymous, why defend the rights we all have! Who knows what will happen in future. Just saying innocent til proven otherwise.

Make no mistake, that refusal will cost him. His license will be suspended, although he will be allowed to drive for employment purposes only. The process will take a few more weeks to play out but they will take the license. Scott is not receiving nor will he receive any special treatment nor is he asking for any.