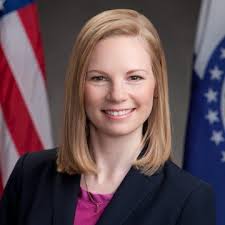 
Missouri State Auditor Nicole Galloway today released a compilation report on concerning practices her office has identified in municipal courts around the state. The report outlines five of the most high-risk areas identified when examining court practices and financial activity. From collecting improper fees to keeping incomplete court records, recent audits have uncovered a range of practices that impede court efficiencies and, in some cases, violate state law.
"Municipal courts are charged with ensuring citizens follow the law, and they must be held to the same standard," Auditor Galloway said. "Today's report reveals that the problems we've seen in municipal courts are not limited to one part of the state or to one or two bad policies. We've seen repeated challenges that prevent Missourians from having the municipal courts they deserve. Courts should operate efficiently, effectively and fairly, and these audits shine a light on problems and make recommendations, so that work can begin toward regaining citizen trust."
The high-risk areas identified are:
1) Missing funds - In two municipal courts, auditors identified a total of nearly $80,000 in missing funds, with an additional $31,000 likely missing.
2) Lack of oversight - In 16 courts, auditors found weaknesses over court financial practices, increasing the risk of theft or misuse of funds. In some courts, one employee was responsible for nearly all financial transactions, with little or no supervisory review. In other courts, employees failed to ensure money was received and deposited properly or prepare accurate monthly reports for city or state officials. A number of municipal divisions failed to adequately monitor costs owed to the court because of fines, incarceration costs or court-ordered restitution.
3) Improper fees and poor record-keeping - Municipal courts around Missouri failed to monitor the statuses of cases, and auditors identified missing records, data entry errors and poor review procedures. Auditors also found numerous courts charged improper failure-to-appear and warrant fees, and some courts charged other problematic fees for different reasons, such as bond fees or booking fees. In total, auditors identified at least $316,000 in fees collected that appeared improper or were assessed for the wrong amounts. Records also showed that, in a number of courts, prosecuting attorneys and municipal judges did not personally sign critical documents, entrusting clerks to make certain decisions or rely on a signature stamp for approval.
4) Inadequate documentation for vehicle stop reporting - A number of police departments failed to maintain documentation to support the vehicle stop data they were required to submit to the Attorney General's Office, preventing auditors from verifying any of the information reported.
5) Funds owed for excess revenue from traffic violations - Across the state, cities miscalculated the amounts owed to the state for excess revenue generated by traffic violations. In some cases, a city's general operating revenue and the revenue generated by fines and court costs for traffic violations were both inaccurate. Five audits identified a total of $765,000 in excess revenues owed to the state, although the total number is likely even higher, as some cities failed to keep accurate records of traffic ticket revenue.
The summary report compiled information from 18 municipal court audits issued between July 2014 and June 2016. The complete Municipal Court Summary report is available online here.

Do the Auditor's comments apply to the Joplin or area courts?

This lady is or her office seems to be top notch and I just hope that she stays on or is used again as her delivery at meetings is professional and to the point. I attended one down in Goodman concerning the fire department and she had people heckling her, but she responded in a gracious way to the boors in the audience. She deserves more praise and her and her staff's salary are meager compared to what her office does to protect Missouri finances and its citizens. Bravo