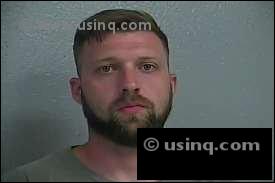 That not only happened this week for the Turner Report, but the post, which offered coverage of the federal grand jury indictment of Neosho businessman Blake Altman on child pornography charges was the most visited post this week, which is saying something since a sizable number of posts were drawing traffic.

It is not surprising that people would find the Altman story of interest. Unless they read the Turner Report, as far as I can tell there has been no other coverage of the Altman indictment in the past 11 months, even though his trial is scheduled to be held in September in Springfield.

Last week's top posts on the Turner Report and Inside Joplin Obituaries show up again this week. My post on what kind of superintendent Joplin needs ranks number nine this time, while the death of Marisa Stotler is number eight.

Links to that post, as well to the other top posts for the Turner Report, Inside Joplin, and Inside Joplin Obituaries are featured below:

9. What kind of superintendent does Joplin R-8 need?

10. Tulsa superintendent defends pay hike for admin while others are losing jobs:

2. Wrong-way driver on I-44 leads to two-fatality crash near Carthage