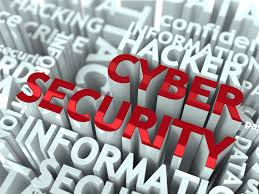 "Our team found a number of issues that impact efficiencies in county offices and, in some cases, put citizen information at risk," Auditor Galloway said. "We've made recommendations to improve county operations, and I am pleased by the commitment county officials have shown to making changes that will better serve residents."

Auditors found multiple county offices had inadequate password security, and some employee passwords were not kept confidential. In one office, backup data was not tested periodically or stored offsite, increasing the risk of loss in the event of a disaster, data breach or other incident.

The report also identified issues with outstanding bills in the sheriff's office. When necessary, the county houses prisoners for other local governments, such as cities or neighboring counties, and bills those entities for the cost. Auditors found the office was not taking appropriate steps to collect on the outstanding bills, which totaled more than $30,000, including one bill for nearly $25,000 owed by a nearby county. Similarly, the office does not track outstanding bills for civil process fees for duties such as serving subpoenas.

Auditors also found incomplete records for property seized in the sheriff's office and the office has not conducted a physical inventory of all seized property, and raised concerns about transfers of administrative service fees from the county's Special Road and Bridge Fund to its General Revenue Fund. Although state law allows for transfers in certain circumstances, auditors found that county transfers exceeded the allowable amount by more than $50,000 due to budgeted construction projects that were not completed. County officials have said they will work to repay the excess amount.

The full report for Vernon County, which received an overall performance rating of "good," can be found here.
Posted by Randy at 8:13 AM