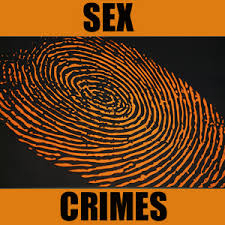 Jury selection for the trial of James Hajny, Joplin, who is charged with child pornography and buying and selling of children is scheduled for 9 a.m. Monday, July 18 in Springfield.

The trial is expected to last three to four days, according to court records.

Hajny was arrested May 19, 2014. He and his wife were charged with child pornography activities involving their children. Gina Hajny pleaded guilty in August 2015 to one count of sexual exploitation of minors and was sentenced to five years in prison to be followed by 10 years of supervised release.

The charges against the Hajnys were detailed in a motion for detention filed in July 2014:

Agents then conducted an interview with Gina Hajny after reading her Miranda rights. During the interview, Gina Hajny refused to answer the agents’ questions. Agents noted that on a cellular phone and computer tablet owned and used by Gina Hajny there were images of child pornography that depicted her male children. While Gina Hajny did not acknowledge the existence of the images of child pornography, she did confirm for agents that the cellular phone and computer tablet that contained the images belong to her and she used them regularly.

During the same interview, Gina Hajny was shown an image of a female child known as AH. When she was shown the image, Gina Hajny immediately recognized the child and then asked how agents obtained the picture. Gina Hajny’s essentially refused to answer any questions regarding the picture, other images of child pornography or sexual exploitation occurring in the home.

On July 8, 2014, AH was interviewed at the Joplin Child’s Advocacy Center by an FBI Child Forensic interviewer. During that interview, AH advised that the image of the female child that had been shown to Gina Hajny was a picture of her. AH advised that the penis in the picture was James Hajny. AH stated that the female hand depicted holding the penis in the image belonged to Gina Hajny. AH told the interview that Gina Hajny and James Hajny repeatedly sexual abused her since the age of 6. At the time of this interview, AH was 8 years old.

AH advised that both Gina Hajny and James Hajny would touch her privates and take pictures. It is also important to note that shortly after the execution of the original search warrant, law enforcement tried to interview AH. During that interview, her brother was present and when AH started to tell law enforcement of the sexual abuse within the home, her brother told her to stop talking because she was telling officers about “their family secrets.”

On July 9, 2014, Gina Hajny was arrested by law enforcement. Gina Hajny was given her Miranda rights. During that interview, Gina Hajny admitted that she observed what she believed was child pornography on James Hajny’s computer.

Also, approximately two weeks prior to execution of the search warrant at her residence, Gina Hajny advised that she overheard AH and another female child (IG) talking about people touching their privates and saying that they should tell someone. Even though she overheard this conversation between AH and IG, Gina Hajny admitted that she did not discuss the conversation with either child, inquire further or report the matter. Gina Hajny repeatedly told law enforcement that AH was honest and was not a liar throughout the interview.

When confronted that AH had told law enforcement that both she and James Hajny had sexually abused and photographed the abuse of AH, Gina Hajny initially denied committing any abuse but then stated that she may have blocked out abusing AH because she blocks out a lot of things. Gina Hajny then concluded the interview by saying she was not strong enough to leave James Hajny even though she felt he was a bad man and controlling.

While the defendant does not have an extensive criminal history the heinous and disturbing nature of this defendant’s criminal conduct cannot be ignored because of a lack of criminal history. Based on the defendant’s own admissions, she has at least partially admitted to sexually exploiting an 8 year old child and tried to explain it away by claiming that she does not remember the abuse because she has “blocked it out.”

The evidence in this case thus far demonstrates a clear pattern of sexual exploitation and abuse that impacts several children and a clear effort by Gina Hajny to conceal both hers and James Hajny’s criminal conduct. As such, this defendant is a clear and present danger to all children and to the community in general.

Finally, the defendant’s sexual exploitation of children clearly demonstrates that she has no respect for the law and is a clear and present danger to the safety and welfare of those children who reside in the same residence and she will continue to be a severe risk to the safety of the community at large should she be allowed out on bond.
Posted by Randy at 7:17 PM